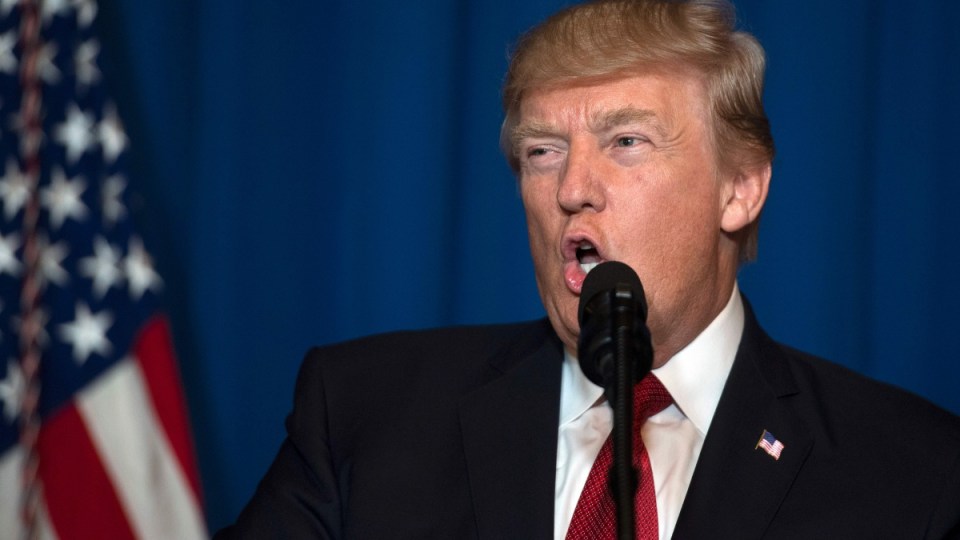 Donald Trump's attack on the Syrian government could hurt its relationship with Russia. Photo: Getty

On Tuesday night (local time) US warships fired 59 tomahawk missiles at a Syrian government airfield near Homs, bringing the US into direct conflict with the Assad regime for the first time.

The Kremlin labelled the attack as “aggression against a sovereign nation” that would do “significant damage to US-Russia ties”. The airfield hit had launched the planes responsible for a chemical attack which killed 35 and injured many more with toxic gas – including children – earlier this week.

While a US defence official told Reuters the attack was a “one-off”, experts told The New Daily that the incident was likely to assure a sharp escalation of tensions between the US and Syria, plus its main ally Russia.

“These are major potential issues, it’s like a massive boulder sitting on the edge of a cliff waiting to get pushed over. This changes everything,” University of Melbourne’s US Election Watch editor James Cahill told The New Daily.

Mr Cahill’s comments were supported by University of Adelaide defence expert David Olney who said strategy in the Syrian conflict changed from “day to day and week to week” because of the mess the country was in.

“Inevitably there will now be an escalation of tensions because what just happened in Syria is a change of US involvement, even if Trump and the US says otherwise,” Mr Olney said.

“Even if the US says this was a one-off attack you cannot trust that that is a commitment. It’s not just a Trump thing either, it’s happened throughout the whole war from all sides.

“The reality is the way forward from this US bombing on Assad can change depending on the day to day or week to week incidents in the region.”

University of Sydney expert on Russian politics Emeritus Prof Graeme Gill said Mr Trump and the US could increase the veracity of his nation’s attack on Syria in three ways.

“He [Mr Trump] could send more missiles across at more targets in Syria, but the danger there is killing civilians,” Pr Gill told The New Daily.

“He could increase bombing runs in Syria and re-direct bombing waves from ISIS to Assad regime.

“The worst possible thing to do would to be have troops on the ground but that is unlikely … any of those measures would potentially back Russia into a corner that it would rather not be in.”

He said Russia was now in a extremely tough position. On one hand it is widely alleged that Russia has been trying to influence Mr Trump by helping him get into office, but on the other, Russia is Syria’s main ally.

Despite this, Russia would not back down from supporting Assad, Professor Gill said.

“What Russia will do is muddy the waters and continue to support Assad … they see Syria as crucial and they don’t want to lose the strategic advantage of having a friendly regime in Damascus.

“If Russia was really smart they would try to replace Assad with someone else, but make sure that person was from within that regime.

“The change to the person at the top might suit both sides – the US can say it helped overthrow Assad, but Russia can be happy that the same regime is effectively still in control.”

– with reporting by James Ried

‘This changes everything’: US-Russia pushed closer to a new Cold War