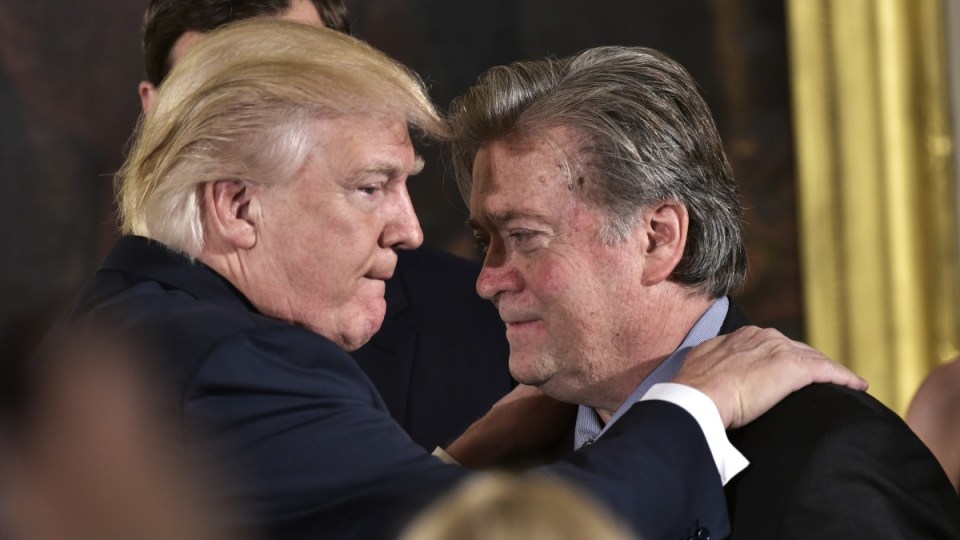 President Donald Trump’s chief strategist, Stephen Bannon, has been removed from his permanent seat on the National Security Council.

A new order issued by President Trump, dated Tuesday and made public on Thursday morning (AEST), removes Mr Bannon from the principals committee, restores the chairman of the Joint Chiefs of Staff and intelligence director, and also adds the energy secretary, CIA director and United Nations ambassador, the New York Times reports.

Mr Bannon’s demotion restores the US National Security Council to a more traditional structure and is seen as a win for General HR McMaster, who President Trump picked in February to lead the council after Michael Flynn was fired for misleading Vice President Mike Pence about his contacts with Russian operatives.

President Trump authorised a reorganisation of the National Security Council in January to include Mr Bannon as a permanent member of the panel.

General McMaster had struggled to gain influence inside the White House, until now.

The original makeup of the Security Council made Mr. Bannon, the former chairman of Breitbart News, a member of the principals committee that typically includes cabinet-level officials like the vice resident, secretary of state and defence secretary.

The original order also made the chairman of the Joint Chiefs of Staff and the director of national intelligence only occasional participants as issues demanded.

The White House has explained the changes as a logical evolution and not a demotion for Mr Bannon.

Mr Bannon had originally been put on the principals committee to keep an eye on Mr Flynn and to “de-operationalise” the National Security Council after the Obama administration, the NYT quoted a White House official as saying on condition of anonymity.

The NYT quoted another White House official close to Mr Bannon as insisting the changes did not mean President Trump had lost confidence in him or wanted to reduce his portfolio.