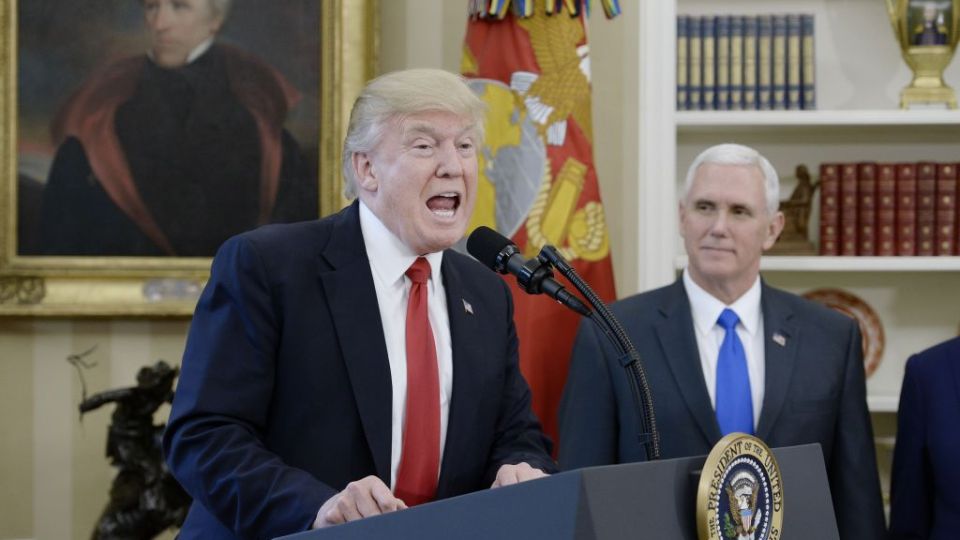 "If China is not going to solve North Korea, we will," Donald Trump told the Financial Times. Photo: Getty

The United States is prepared to act alone to tackle the North Korean nuclear threat if China won’t help, President Donald Trump has warned in an interview with the Financial Times.

“If China is not going to solve North Korea, we will,” he told the Times. “That is all I am telling you.”

Mr Trump and Chinese President Xi Jinping will meet for the first time in Florida this week, when the two are expected to discuss North Korea, tensions in the South China Sea and disagreements over trade.

Mr Trump said he would discuss the growing threat of Pyongyang’s nuclear programme with President Xi.

“Yes, we will talk about North Korea … and China has great influence over North Korea,” Mr Trump said.

The US would tackle North Korea even without China’s help, the president said.

“China will either decide to help us with North Korea, or they won’t.

“If they do, that will be very good for China, and if they don’t, it won’t be good for anyone.”

“Well if China is not going to solve North Korea, we will. That is all I am telling you,” Mr Trump was quoted as saying.

North Korea conducted two nuclear tests last year alone and is believed to be developing a nuclear missile capable of reaching the US.

Asked how he would tackle North Korea, Mr Trump said: “I’m not going to tell you”.

“You know, I am not the United States of the past where we tell you where we are going to hit in the Middle East.”

“There is a real possibility that North Korea will be able to hit the US with a nuclear-armed missile by the end of the first Trump term,” KT McFarland, deputy White House national security adviser, told the Times in a separate interview.

China has been calling for the resumption of six-nation talks on North Korea’s de-nuclearisation.

China provides diplomatic and economic support to North Korea, but it claims that its influence over Kim Jong-un’s government is limited.

The relationship between the United States and China has been an uncomfortable one under the Trump administration, with the President accusing China of unfair trade practices and threatening to raise trade tariffs on Chinese goods.

UN resolutions have failed so far to deter North Korea from conducting nuclear and missile tests.

“They [China] need to show us how concerned they are,” Ms Haley said.

“They need to put pressure on North Korea. The only country that can stop North Korea is China, and they know that.”

Asked what the US would do if China did not cooperate, Ms Haley said: “China has to cooperate”.

Former defence secretary Ash Carter, however, said he doubted that Beijing would cooperate.

“I’ve been working on the North Korea problem since 1994,” Mr Carter said.

“And we have consistently asked Chinese leaders … because they uniquely have the historical and the economic relationship with North Korea to make a difference.

“They haven’t used that influence, and so it’s hard for me to be optimistic with that,” he said.