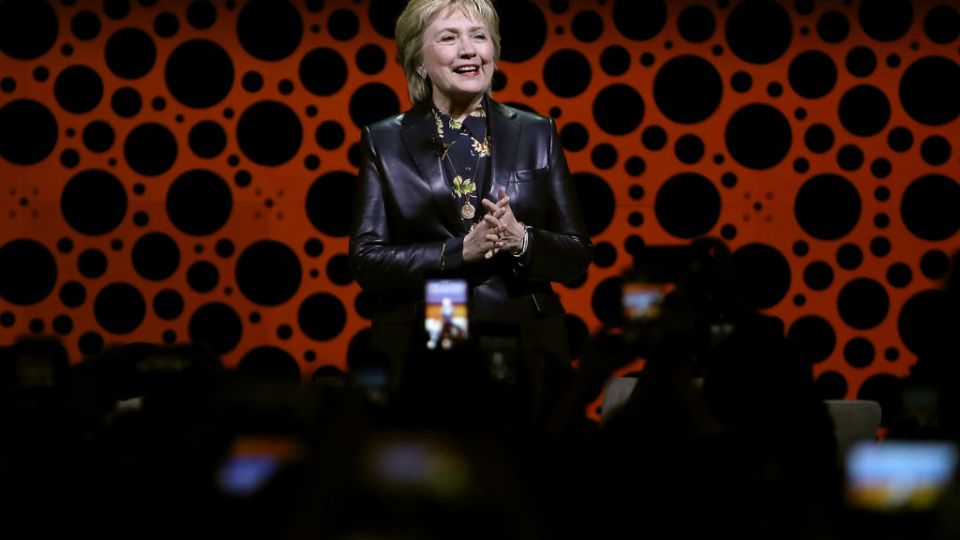 A spirited and defiant Hillary Clinton has taken on the Trump administration in one of her first public speeches since she lost the presidential election.

Ms Clinton has kept a conspicuously low profile since the November election loss, with just the odd tweet from her personal account and occasional comments at public gatherings.

But at a speech to about 3500 businesswomen in San Francisco, Ms Clinton came out firing, criticising the country’s Republican leaders on everything from healthcare to the shortage of women appointees in top administration positions.

“I am thrilled to be out of the woods,” she said, in reference to being spotted out on walks in the forest near her New York home, and also joked about her November defeat by saying there was no place she’d rather be “other than the White House”.

“Obviously the outcome of the election wasn’t the one I hoped for, worked for, but I will never stop speaking out for common sense benefits that will allow moms and dads to stay on the job,” Ms Clinton said.

Without mentioning President Donald Trump by name, Ms Clinton hit out at the President for his negative portrayal of the nation in his inauguration speech.

“Where some see a dark vision of carnage, I see a light shining,” she said.

Ms Clinton gave no hint as to what she will do in the future, but indicated she won’t be leaving public life.

“… I will never stop speaking out,” she said

Ms Clinton went on to label the Trump administration’s attempt at replacing the Affordable Care Act as “a disastrous bill,” and predicted that the protests against Mr Trump’s policies were only just beginning.

“People who had never been active in politics told their stories at town hall meetings.” Ms Clinton said.

“They were people who had something to say and were determined to be heard.”

She said she was appalled at a much-circulated photo showing a group of male Republicans negotiating women’s coverage in healthcare legislation, noting a social-media parody that showed an all-dog panel deciding on feline care.

Last week’s failure of the GOP healthcare bill, Ms Clinton told a cheering, applauding crowd, was “a victory for all Americans”.

On Tuesday, she urged voters to resist Mr Trump’s policies, including its suspicion of refugees and suppression of the vote in some areas.

“It’s the kinds of things you think about when you take long walks in the woods,” she said.