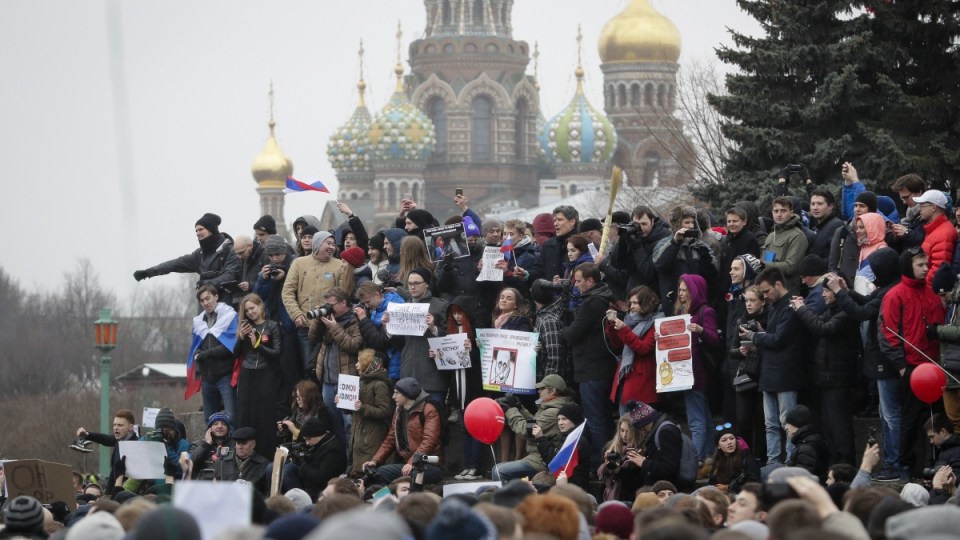 Protestors are unhappy with the way Russia's Prime Minister has conducted himself. Photo: AAP

Russian police have detained 17 people who work at an anti-corruption foundation headed by opposition leader Alexei Navalny, a director of the fund and Navalny’s press secretary told Reuters.

Earlier on Sunday police detained Navalny, who wants to run against President Vladimir Putin in next year’s presidential election, at an unsanctioned anti-corruption protest in Moscow that Navalny organised.

Similar rallies were held across Russia.

“Seventeen members of the foundation were detained by police at the foundation’s office where we were doing an online broadcast of today’s protest. We are charged with disobeying the police,” Roman Rubanov, director of Navalny’s Anti-Corruption Foundation, told Reuters by phone from a Moscow police station.

A law enforcement source confirmed to Reuters that 17 people from Navalny’s foundation had been detained, without elaborating.

Medvedev’s spokeswoman called the allegations “propagandistic attacks” unworthy of detailed comment and said they amounted to pre-election posturing by Navalny.

The White House and US Embassy in Moscow have not yet made statements on the matter.