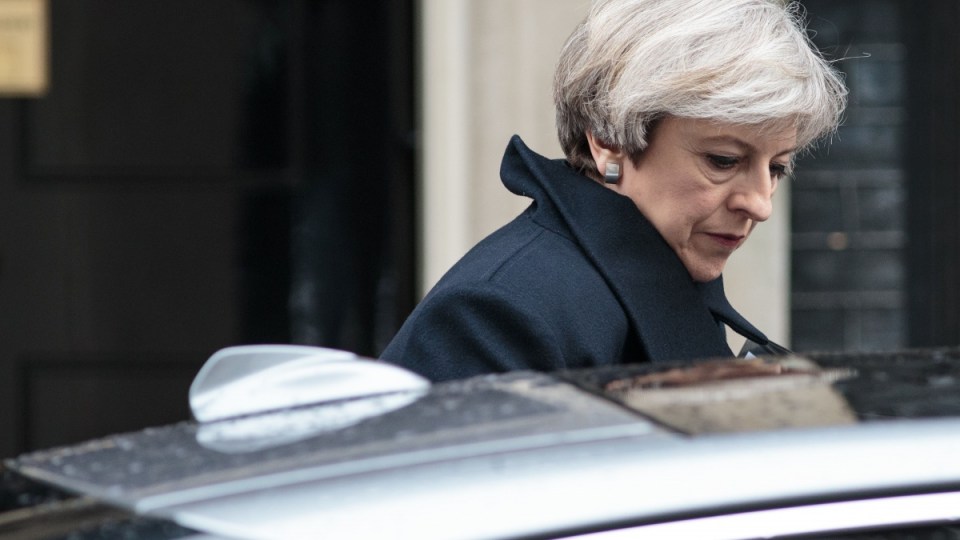 The Sun has acquired eyewitness footage showing Theresa May was a mere 100 metres from the Westminster terror attacks on Wednesday.

The video shows a flurry of panic as armed police direct a disoriented Ms May to a parked car outside Parliament.

The British PM is then whisked away in the waiting Jaguar XJ, as armed men circle the area.

Ms May had been in the MPs voting lobby, with only three unlocked doors separating her from Mr Masood, The Sun reported.

On Thursday, Ms May told MPs Mr Masood had been “investigated in relation to concerns about violent extremism” some years ago, but called him a “peripheral figure”.

Ms May also called on social media firms to do more to prevent the spread of extremist material online, her spokesman said.

“The fight against terrorism and hate speech has to be a joint one,” the spokesman said.

“The government and the security services are doing everything that they can, and it’s clear that social companies can and must do more.”

Google vowed to better police its website after several companies deserted the internet giant for failing to keep their adverts off hate-filled videos.

Facebook and others had also been criticised for not doing enough to moderate content on their platforms.

The comments from May’s office echo those of Foreign Secretary Boris Johnson, who on Thursday said internet providers and social media companies have “got to look at the stuff that’s going up on their sites, they’ve got to take steps to invigilate it, to take it down where they can.”

Ms May, a former interior minister who spent six years before she became prime minister putting in place policies to try and prevent the radicalisation of British citizens, has consistently urged social media firms to take a tougher stance.

“We don’t want this material to appear in the first place and when it does appear we want it to be taken down as quickly as possible,” May’s spokesman said.

“The ball is now in their court, let’s see how they respond.”

Video: the panicked moment Theresa May escaped the London attack