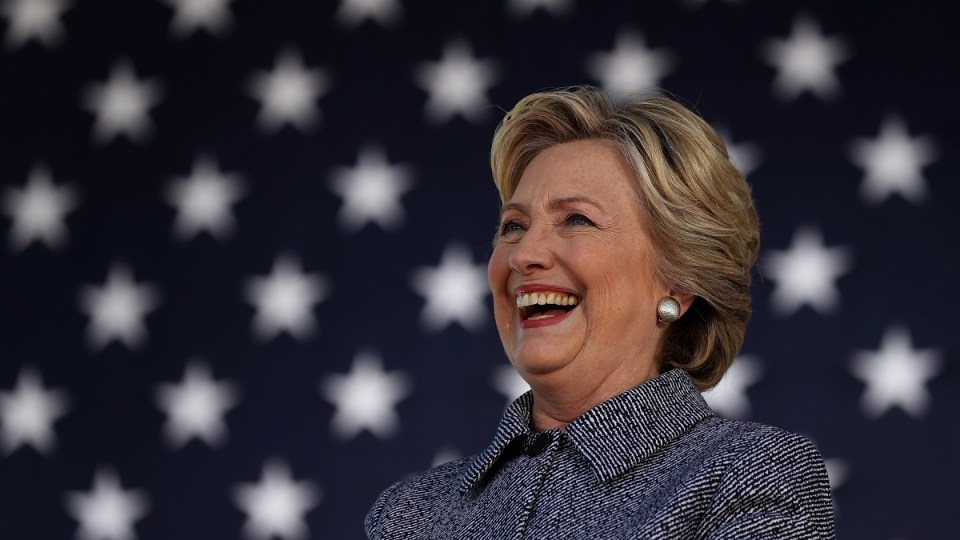 Donald Trump has been handed his biggest defeat so far. Photo: Getty

Vanquished US presidential candidate Hillary Clinton, who so narrowly lost the White House to Donald Trump last year, has finally got something to celebrate: the humiliating defeat of Mr Trump’s alternative to ‘Obamacare’.

In a statement, Ms Clinton said the aborted attempt to overturn Barack Obama’s signature health care plan, known officially as The Affordable Care Act, was “a victory for all Americans”.

President Trump announced Sunday that the Republican Party, which controls the US Congress, would cancel a planned vote on ‘Trumpcare’ because it did not have the numbers to push it through.

“Today was a victory for the 24,000,000 people at risk of losing their health insurance, for seniors, for families battling the quiet epidemic of addiction, for new moms and women everywhere,” Ms Clinton wrote on Twitter.

“Most of all, it’s a victory for anyone who believes affordable health care is a human right.

“We cannot forget: This victory happened because people in every corner of our country committed their time and energy to calling their representatives, showing up at town hall meetings, and making their voices heard.”

But she said the fight was not over yet. “We will have to push back on future bad ideas and embrace good ones to make health care more affordable – but we are reminded today that there is no substitute for standing up and defending our values.”

Ms Clinton then posted a number of additional tweets detailing the stories of Americans who had reportedly benefited from Obamacare — including Ryan, a disabled boy she met many years ago as First Lady to Bill Clinton.

Ryan, who was born with a disability and with the support of his family and world-class health care has had a lifetime of opportunities. pic.twitter.com/aHB9xvWU34

Mr Trump’s health care bill was defeated because moderate Republicans thought it too harsh, conservative Republicans found it too lenient, and no Democrats were willing to cross the floor.