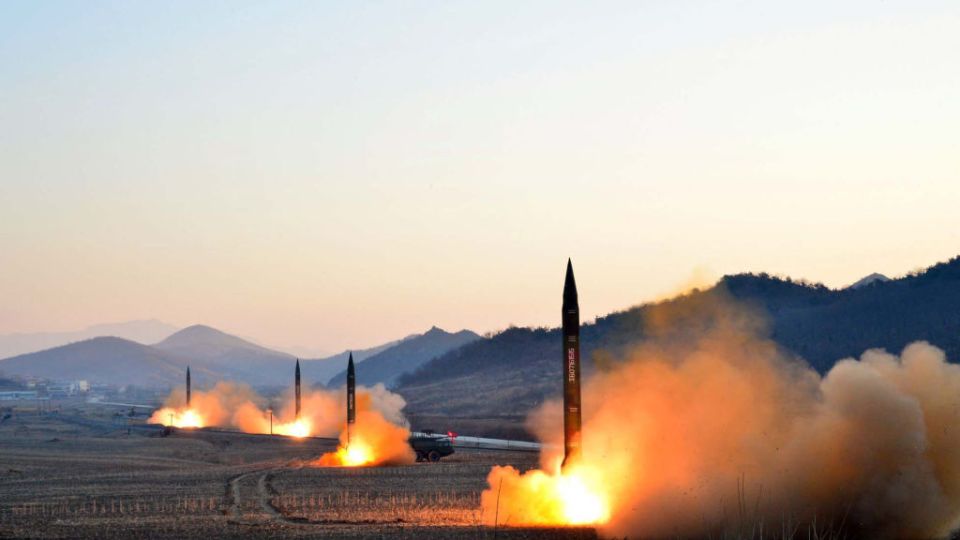 Four ballistic missiles are fired by the Korean People's Army (KPA) during a military drill in early March. Photo: Getty

The US military has detected a failed North Korean missile launch attempt, with a missile exploding within seconds of its launch.

“US Pacific Command detected what we assess was a failed North Korean missile launch attempt… in the vicinity of Kalma,” Commander Dave Benham, a spokesman for US Pacific Command, said in a statement on Wednesday.

“A missile appears to have exploded within seconds of launch,” Benham said, adding that work was being carried out on a more detailed assessment.

South Korea’s Yonhap news agency said the missile may have exploded as it was launched, before reaching an altitude at which it could be detected by South Korean radar.

The launch comes as the US envoy for North Korea nuclear program, Joseph Yun, met his South Korean counterpart in Seoul to discuss a response to the North’s weapons programs.

Just last week US Secretary of State Rex Tillerson visited Japan, South Korea and China and how to handle North Korea was a major issue in his talks.

Speaking in Seoul on Friday, Tillerson said a policy of strategic patience with North Korea had ended and all options, including a military one, were on the table if North Korea threatened South Korean or US forces.

North Korea has conducted two nuclear tests and a series of missile launches since the beginning of last year in defiance of UN resolutions. It is believed to be working to develop nuclear-tipped missiles that can reach the US.

The initial reports of North Korea’s tests on Wednesday came from Japan’s Kyodo news agency, which cited a Japanese government source saying North Korea may have launched several missiles from an area on its east coast. Kyodo also said the launch may have failed.

Last year, North Korea launched several intermediate-range missiles from the same area but only one of the tests was successful.

North Korea launched four ballistic missiles from near its west coast on March 6 and this week conducted a rocket engine test that its leader, Kim Jong Un, said opened “a new birth” of its rocket industry.