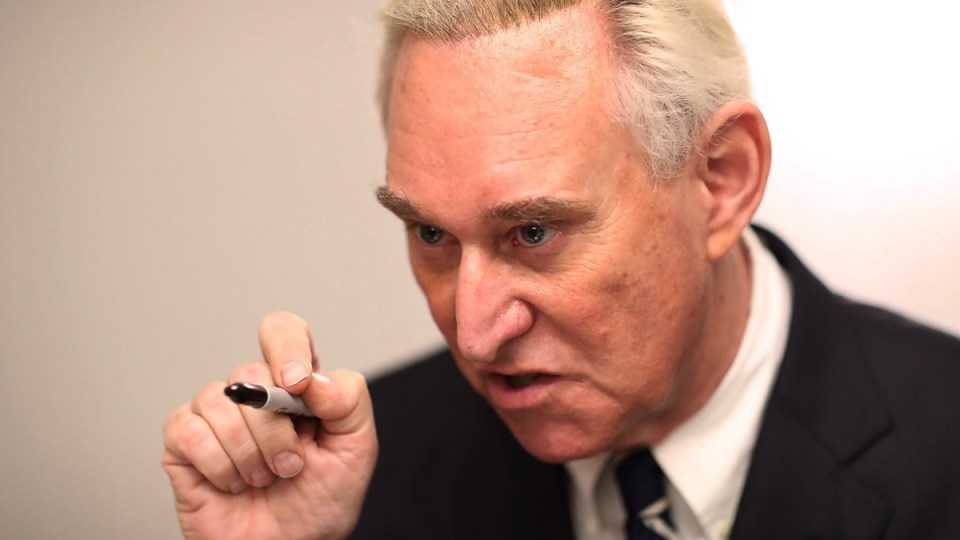 A former political adviser and self-proclaimed “dirty trickster” has been accused of colluding with Russia to help his friend Donald Trump become president.

Veteran political lobbyist and strategist Roger Stone is under scrutiny as part of an FBI investigation into Russian interference in the US presidential election, The New York Times reported.

It comes as another long-time Trump associate, Paul Manafort, has been accused of hiding a $750,000 payment from a pro-Russian political party.

On Monday, FBI director James Comey was pressed by a hearing of the House Intelligence Committee to elaborate on Mr Stone’s involvement in the alleged US election hack.

US representative for California Adam Schiff, a Democrat, asked Mr Comey if he knew of Mr Stone, and if the accused could have had prior knowledge of the Hillary Clinton email hacks conducted by Russian affiliates before they were released by WikiLeaks.

Mr Comey would not discuss information relating to a specific person, saying: “That’s not something I can comment on.”

Mr Stone, 64, was in October blamed by former Clinton campaign chairman John Podesta – whose emails were hacked – of knowing of the hacking prior to their release, after Mr Stone alluded to it in a tweet dating back to August.

Trust me, it will soon the Podesta's time in the barrel. #CrookedHillary

He has also acknowledged having communicated over Twitter with user Guccifer 2.0, who US officials believe is a front for Russian intelligence affiliates.

Previously, Mr Stone confirmed he has “communicated with” WikiLeaks founder Julian Assange before the email leaks.

Mr Stone, who has hired two lawyers to represent him, stated that this was “a scandal with no evidence”, claiming “there is still not an iota of proof that anyone on the Trump campaign colluded with the Russians”.

His defence to the accusations is that his “benign” communications with Guccifer 2.0, “who may or not be a Russian asset”, disproves thoughts of collusion. Contact with Mr Assange was “perfectly legal” and through an intermediary, and that the tweet about Mr Podesta referred to information for an article he wrote two months later.

Mr Stone worked on Mr Trump’s presidential campaign as a political consultant in 2015, but was reportedly fired by the business tycoon in 2016.

He still works as an outside adviser to President Trump, reports suggest.

A Ukrainian lawmaker has published a document that he said ties Mr Manafort, Mr Trump’s former campaign chairman, to attempts to hide a $750,000 payment from a pro-Russia political party, The Associated Press reported.

Jason Maloni, a spokesman for Mr Manafort, calls the allegations “baseless” and says they should be “summarily dismissed”.

Politician Serhiy Leshchenko on Tuesday published a 2009 invoice purportedly signed by Mr Manafort that shows a $750,000 payment for 501 computers to a company called Davis Manafort.

The money reportedly came from a Belize-registered offshore company via a bank in the Central Asian state of Kyrgyzstan.

Mr Leshchenko said the contract was cover for payments made to Mr Manafort for work he did for the pro-Russian Party of the Regions, which backed former Ukrainian President Viktor Yanukovych.

Is this ‘dirty trickster’ the link between Trump and Russia?