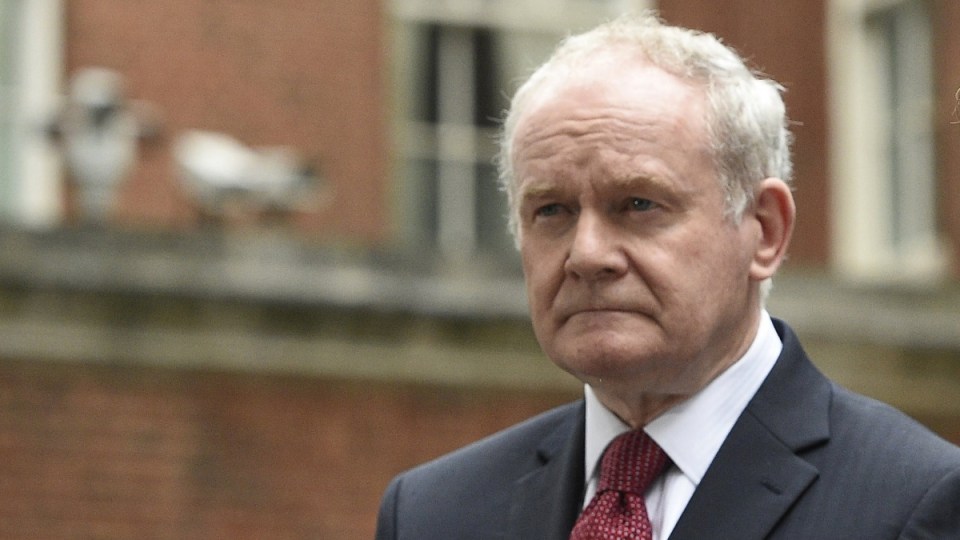 McGuinness stood down from his post in January in protest against the DUP’s handling of an energy scandal, in a move that triggered a snap election.

Sinn Fein said in a statement : “It is with deep regret and sadness that we have learnt of the death of our friend and comrade Martin McGuinness who passed away in Derry during the night. He will be sorely missed by all who knew him.”

His retirement came amid health concerns, but he, his family and colleagues did not specify the nature of his illness.

Sinn Fein president Gerry Adams paid tribute to his lifelong friend, saying: “Throughout his life Martin showed great determination, dignity and humility and it was no different during his short illness.

“He was a passionate republican who worked tirelessly for peace and reconciliation and for the reunification of his country.

“But above all he loved his family and the people of Derry and he was immensely proud of both.

“On behalf of republicans everywhere we extend our condolences to Bernie, Fiachra, Emmet, Fionnuala and Grainne, grandchildren and the extended McGuinness family.”

During his time in office McGuinness forged an unlikely friendship with then Democratic Unionist Party (DUP) leader Ian Paisley.

A Twitter account in the name of Paisley’s son Kyle said: “Very sorry to hear about the passing of Martin McGuinness. Look back with pleasure on the remarkable year he and my father spent in office together and the great good they did together.

“Will never forget his ongoing care for my father in his ill health.”

He tweeted: “So sad Martin McGuinness has died. Some will never forgive his past but without him there would be no peace. The man I knew was a great guy.”