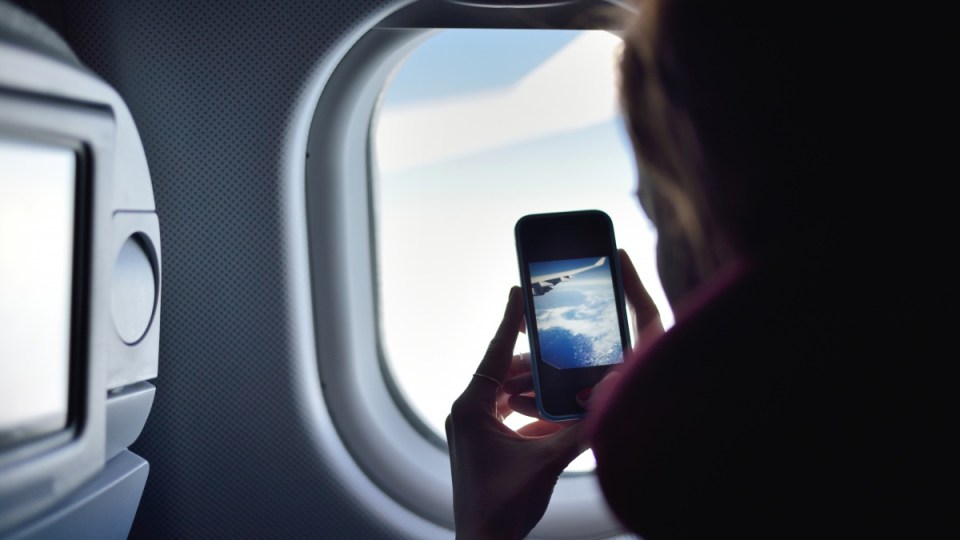 Electronic devices will be banned from flights in and out of the Unites States, from countries such as Jordan. Photo: Getty

UPDATE 6:31am – The United Kingdom has joined the United States in banning some airline passengers from bringing electronic devices, such as laptops and tablets, on board during inbound flights.

On Tuesday (AEDT) it emerged some electronic devices would need to be “checked in” rather than carried as hand luggage due to a “security concern” over passengers boarding non-stop flights to the US from certain countries, a US administration official told CNN.

CNN cited an unnamed US official as stating the ban was in response to an unspecified terrorism threat.

The indefinite ban, aiming to enhance security measures at select airports, is expected to impact more than a dozen airlines flying to the US.

A US official told The Associated Press the ban would impact all direct flights to the US from Cairo, Egypt; Amman, Jordan; Kuwait City, Kuwait; Casablanca, Morocco; Doha, Qatar; Riyadh and Jeddah in Saudi Arabia; Istanbul, Turkey; and Abu Dhabi and Dubai in the United Arab Emirates.

On Wednesday morning (AEDT) a spokesman for UK Prime Minister Theresa May said a similar ban would begin for passengers travelling to the UK from Turkey, Lebanon, Jordan, Egypt, Tunisia and Saudi Arabia.

The UK ban, like the US ban, means passengers would not be allowed to bring phones, laptops or tablets over 16 cm in length, 9.3 cm in width and with a depth of over 1.5 cm into the cabin.

Let us entertain you. pic.twitter.com/FKqayqUdQ7

Royal Jordanian Airlines tweeted on Monday that from March 21, it would only permit “phones and medical devices” to be carried on board its flights to the US.

All other electronics – including laptops, tablets, cameras, DVD players and electronic games – would be “strictly prohibited” and must instead be stored in checked baggage. Saudi Arabian Airlines told its customers that new measures from the US Transportation Security Administration meant a ban on electronic devices. It said the measure will be effective as of Wednesday.

US airlines would remain unaffected as none of the carriers fly directly from the specified countries.

New York City-based representatives of Dubai’s Emirates Airline and Doha-based Qatar Airways told BuzzFeed they were not aware of any changes.

In a written statement to CNN, the Department of Homeland Security said: “We have no comment on potential security precautions, but will provide any update as appropriate.”

CNN reported the ban was related to an unspecified threat from al-Qaeda in the Arabian Peninsula and that some information came from a recent US special forces raid in Yemen.

NBC News reported that the full details of the electronics ban would be announced on Tuesday (US time).

The ban comes three years after the Transportation Security Administration requested some passengers to prove their electronics could power up after increased concern over hidden explosives.