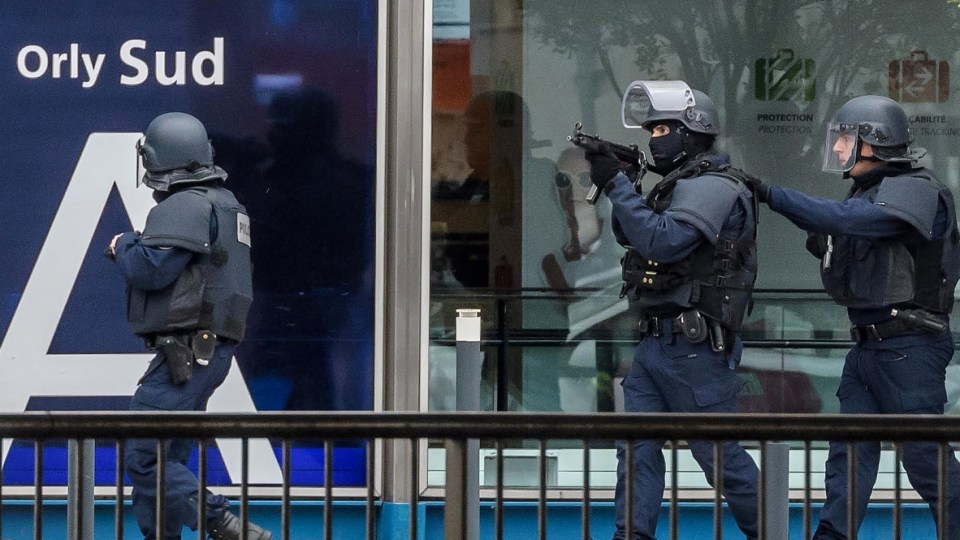 Security forces have shot dead a man who seized a soldier’s gun at Paris Orly airport in France soon after he shot and wounded a police officer during a routine police check.

A police source described him as a radicalised Muslim. Officials subsequently confirmed  French media reports that identified the attacker as Ziyed Ben Belgacem, born in France in 1978.

“A police road check took place in Stains (northern Paris) this morning at 0700. It turned bad and the individual shot at the officers before fleeing,” a source told Reuters newsagency.

“This same man – a radicalised Muslim known to intelligence services and the justice system – then took a Famas (assault weapon) from a soldier at Orly’s southern terminal … before being shot dead by a soldier.”

The country’s anti-terrorism prosecutor has opened an investigation.

The busy Orly airport south of Paris was evacuated and security forces swept the area for bombs to make sure the dead man was not wearing an explosive belt.

“The man succeeded in seizing the weapon of a soldier. He was quickly neutralised by the security forces,” Brandet said.

No-one else was injured at the airport.

The soldier who was attacked is part of the Sentinel special force installed around France to protect sensitive sites after a string of deadly Islamic extremist attacks. The force includes 7,500 soldiers, half deployed in the Paris region and half in the provinces.

Flights were suspended from both terminals and some flights were diverted to Charles de Gaulle airport north of the capital, airport operator ADP said.

About 3000 passengers were evacuated from the airport, the second busiest in the country.

Orly is France’s second-busiest airport behind Charles de Gaulle, serving domestic and international flights, notably to destinations in Europe and Africa. It has two terminals, with a capacity of 30 million passengers per year.

Earlier, a police officer was shot and wounded by the same man during a routine traffic check in Stains, north of Paris.

The incidents came five weeks before France holds presidential elections in which national security is a key issue.

The country remains on high alert after attacks by Islamic State militants killed scores of people in the last two years – including co-ordinated bombings and shootings in Paris in November 2015 in which 130 people were killed.

A state of emergency is in place until at least the end of July.

The attacks would have no impact on a trip to Paris by Prince William, second-in-line to the British throne, and his wife Kate, who are due to end a two-day visit to the French capital on Saturday, a British spokesman said.

The shooting came after a similar incident last month at the Louvre Museum in which an Egyptian man attacked soldiers guarding the site and was shot and wounded.