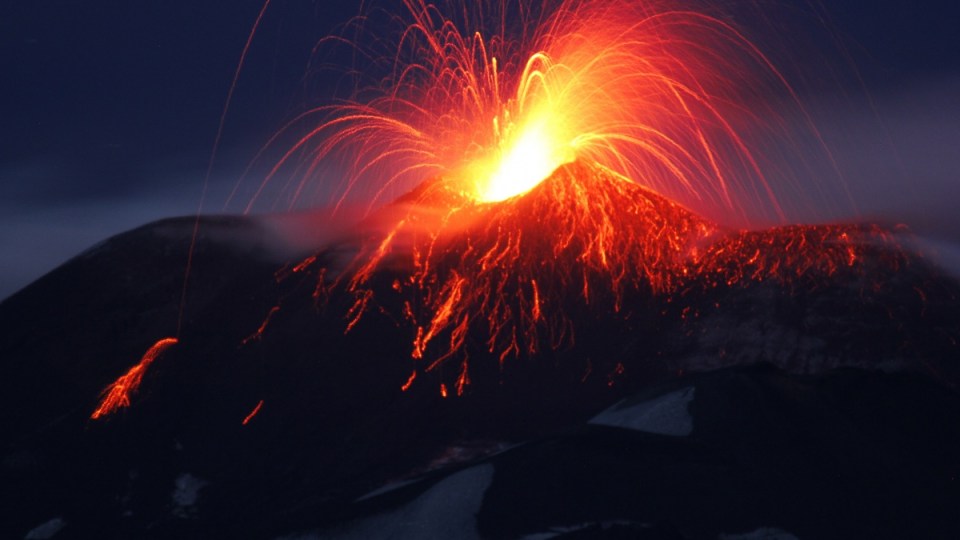 The dramatic explosion was captured up close by a BBC film crew. Photo: AAP

Ten people were injured in an eruption on Mount Etna when magma flowing into snow caused a violent explosion that sent stones and rocks flying into the air, emergency services say.

Amongst those hurt on Thursday near the summit of Etna on the island of Sicily were members of a television crew filming for the BBC.

“Running down a mountain pelted by rocks, dodging burning boulders and boiling steam – not an experience I ever ever want to repeat,” the BBC’s science correspondent Rebecca Morelle wrote on Twitter.

"Very relieved to be safe" – the terrifying moment @BBCMorelle and crew were caught up in Mount Etna eruption https://t.co/11inHwxYPO pic.twitter.com/Zz0JKmWU1v

“BBC team all ok – some cuts/ bruises and burns. Very shaken though – it was extremely scary,” she said.

Italian officials said six people had to be taken to hospital, but none were in a serious condition.

Etna is Europe’s most active volcano. After a quiet couple of years it burst into action in February with repeated explosive eruptions that sent orange plumes of lava into the air.

Thursday’s explosion was the result of a so-called phreatomagmatic eruption, caused by magma hitting water — in this case snow.