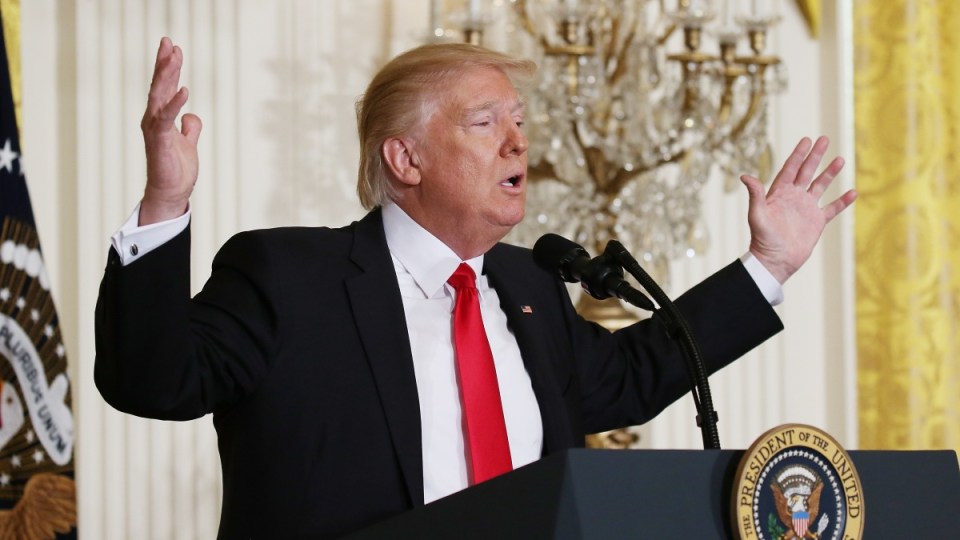 A watered down version of Donald Trump's travel ban can go into effect. Photo: Getty

A US federal judge in Maryland has issued a temporary stay of President Donald Trump’s revised travel ban a day after a colleague in Hawaii handed down a similar order.

The initial ban, imposed January 27, was likewise blocked by a federal judge, prompting the administration to craft a new executive order that included changes aimed at allowing the measure to pass muster in the courts.

The original measure suspended US entry for all refugees as well as travellers from a group of Muslim-majority countries: Iran, Iraq, Libya, Somalia, Sudan, Syria, and Yemen.

Among the alterations made in the second order were the removal of Iraq from the list of targeted nations and an exemption for travellers who obtained US visas ahead of the Jan. 27 announcement.

The decision by Derrick K. Watson, who presides over a US district court in Honolulu, stopped the adjusted ban.

Watson struck down both the refugee and visa provisions of the second order, while in Maryland, US District Judge Theodore D. Chuang on Thursday focused only on the travel ban effecting citizens of Iran, Libya, Somalia, Sudan, Syria, and Yemen.

“In this highly unique case,” Chuang wrote in his decision, “the record provides strong indications that the national security purpose is not the primary purpose for the travel ban.”

“The history of public statements continues to provide a convincing case that the purpose of the Second Executive Order remains the realisation of the long-envisioned Muslim ban,” he said, alluding to Trump’s calls during the presidential campaign for barring Muslims from entering the United States.

Soon after the Hawaii judge issued his order, Trump denounced the decision as “terrible” during a speech to supporters in Nashville.