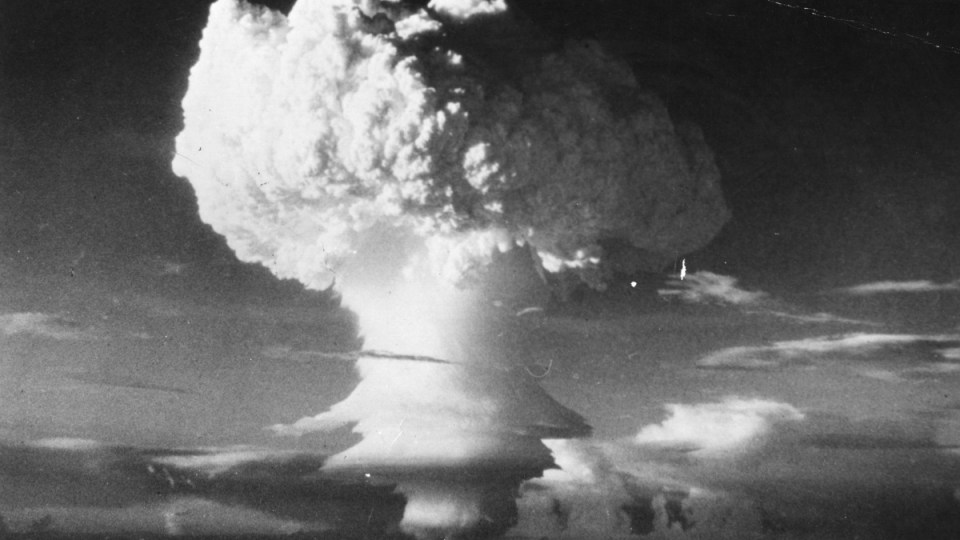 The familiar-looking mushroom cloud after a nuclear test. Photo: Getty

After collecting dust in high-security vaults for more than 65 years, hundreds of reels of film showing Cold War nuclear bomb tests have been declassified by the United States.

From 1945 to 1962, the United States detonated more than 210 nuclear bombs, with multiple cameras capturing each explosion at around 2400 frames per second.

For decades, about 10,000 of these films have been locked away, sitting idle, scattered across the US in high-security vaults. Until now.

A team from the Lawrence Livermore National Laboratory (LLNL) has worked for the last five years on finding, declassifying and preserving the films’ content before it was lost forever.

Greg Spriggs, a weapon physicist at LLNL and head of the project, said when they got their hands on the film they could smell it wasting away.

It is made of nitrate cellulose, an organic material that, when decomposes, smells like vinegar.

“You can smell vinegar when you open the cans,” Mr Spriggs said in a YouTube video.

According to the LLNL, the goal of the recovery was to provide better data to the post-testing-era scientists who use computer codes to help certify that the aging US nuclear deterrent remains safe, secure and effective.

Mr Spriggs does not want nuclear weapons to be used and believes the key to ensuring that is to make sure the films act as an effective deterrent.

“It’s just unbelievable how much energy’s released,” he said.

“We hope that we would never have to use a nuclear weapon ever again.

“I think that if we capture the history of this and show what the force of these weapons are and how much devastation they can wreak, then maybe people will be reluctant to use them.”

He estimates it will take another two years to scan the rest of the films, and longer to complete the analysis and declassification.

To date, the team has located around 6500 of the estimated 10,000 films created during atmospheric testing.

Around 4200 films have been scanned, 400 to 500 have been reanalysed and around 750 have been declassified.

Even more exciting, the public can now watch some of these declassified films on the LLNL’s YouTube playlist.