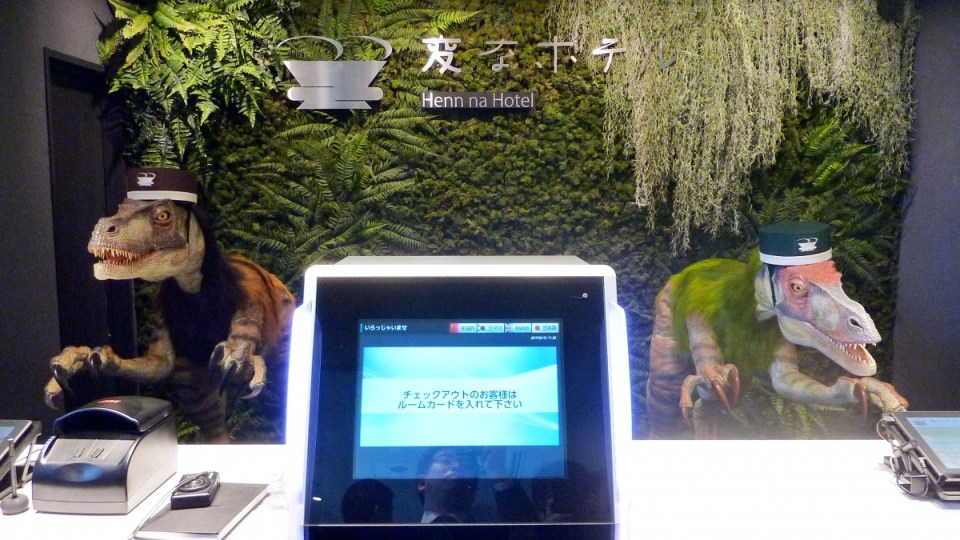 Two robo-dinosaurs will greet guests at a new robot-managed hotel, the first of its kind in Tokyo.

The multilingual receptionists will also assign rooms to guests and in the rooms, a robot named Katia, will be available to cater to guest needs, including predicting weather, and turning on and off electrical appliances.

The robots will reduce the number of human employees to only six from the 20 that is usually required to manage a hotel of such size.

The idea of the hotel had emerged in July 2015, when the company Huis Ten Bosch – manager of an amusement park – opened the first Henn na Hotel (meaning strange hotel) employing 186 robot staff, in south-eastern Japan.

The hotel, which has already hosted over 80,000 guests, was recently included in the Guinness Book of World Records for being the world’s first robot-managed hotel.

The company now plans to open a third hotel in the Aichi prefecture in central Japan this summer, and another in Osaka by the end of this year.