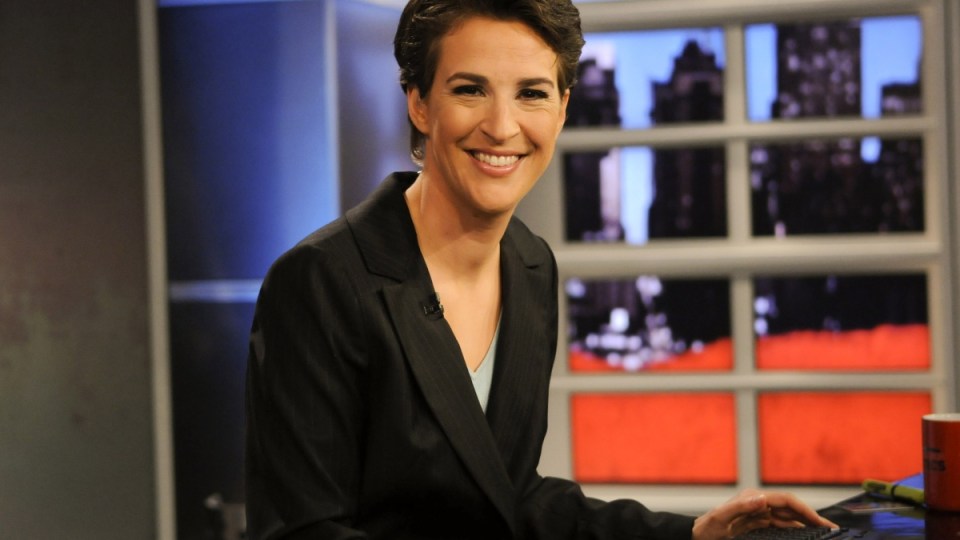 It took a while to get to the point, and that frustrated many of the show's viewers. Photo: MSNBC

Rachel Maddow had a big scoop, and she handled it her way.

With a single tweet on Tuesday, Ms Maddow, the MSNBC anchor, set the political world ablaze, announcing at 7:36pm that she was poised to reveal previously unseen tax records from President Donald Trump on her 9pm program. (“Seriously,” Ms Maddow added.)

In the need-it-this-instant world of online news, 84 minutes struck some journalists as an awfully long time to wait. The White House took advantage, releasing a pre-emptive statement that detailed Mr Trump’s tax figures from 2005 before MSNBC had a chance to air its own report. The Daily Beast and other news outlets ran items as well.

Ms Maddow, who is enjoying the biggest viewership of her show’s nine-year run, did not appear to mind. She opened her program on Tuesday as she usually does: with a deliberately paced, fact-heavy monologue, in this case reviewing Mr Trump’s past refusal to release his taxes to catch up viewers on why this new revelation mattered.

The revelation itself, however, was held back until after the first commercial break, a wind-up that some fellow journalists, eager for any bombshells, found exceedingly lengthy.

“If you have news, Rachel please tell us. Soon. I’m not young,” tweeted Bob Ley, an ESPN anchor.

“Of course – right after a commercial break. This is the worst episode of American Idol,” complained Zeke Miller, a White House reporter for Time.

The wait, about 20 minutes in all, may have irked political reporters, but it was of a piece with the strategy Ms Maddow has laid out for herself and her staff. In an interview last week, she described “a real sense of responsibility” to educate her 2.6 million-strong audience, particularly those who may be casual consumers of the news.

“There’s new people here every night,” Ms Maddow said in her NBC office in New York. “I don’t feel like I’m doing a clubhouse update. I don’t feel like I’ve got a choir that was here at last night’s practice too. I definitely feel like, hey, if you’re new, let me meet you where you are.”

Ultimately, the reporting that Ms Maddow eventually aired on Tuesday night’s show – two pages from a single, decade-old federal tax return – was less groundbreaking than the mere fact that a portion of the President’s records had surfaced at all.

The journalist who obtained the records, David Cay Johnston, a former tax reporter for The New York Times, said that the documents arrived “over the transom” in his mailbox. Mr Johnston even speculated on-air that Mr Trump had sent the documents himself.

It was not until the end of the program that Ms Maddow invited on an NBC News political reporter, Hallie Jackson, who dialled in by telephone for a more sober analysis of the tax findings. By then, Ms Maddow’s show was about to end.

On Twitter, journalists complained that Ms Maddow had overhyped her findings with the initial teasing tweet, noting that the information in the returns did not amount to a scandal.

Others asked why so much of the focus was on Ms Maddow and not the subject at hand. “The President of the United States has not released his tax returns,” wrote Peter Hamby, a journalist at Snapchat who previously worked for CNN. “Journalists are attacking Maddow for using her show to discuss this.”

The President of the United States has not released his tax returns. Journalists are attacking Maddow for using her show to discuss this.

Good reviews or bad – scoop or no scoop – Ms Maddow’s Tuesday program is sure to keep her at the centre of the political conversation.

“Never imagined I would want to choose a restaurant based on their willingness to turn on Rachel Maddow’s show,” the Politico reporter Josh Dawsey wrote on Twitter on Tuesday evening. “Yet here we are.”