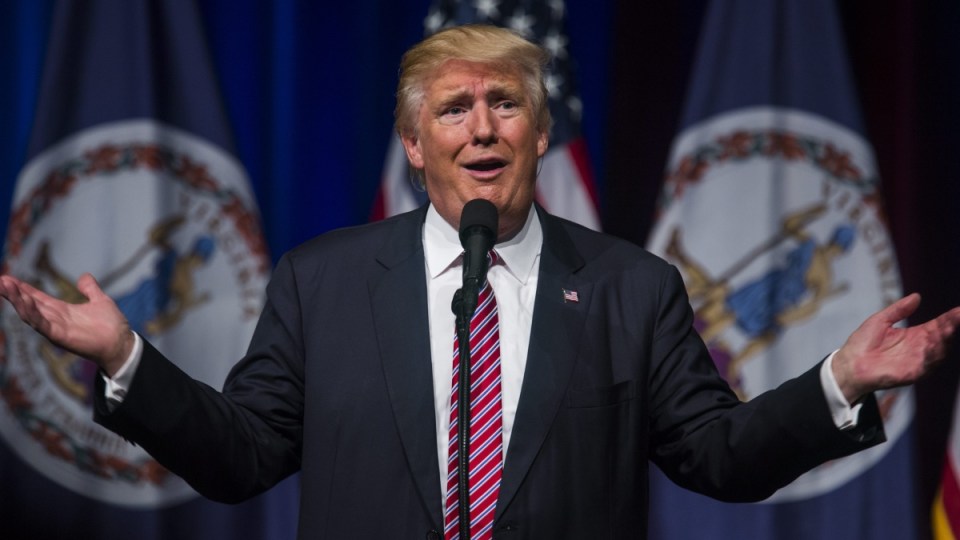 Donald Trump's tax returns were a flashpoint of the election campaign. Photo: AAP

US news organisation MSNBC has released President Donald Trump’s 2005 tax return, but it was sensationally beaten to the punch by the White House which launched somewhat of a pre-emptive strike.

Mr Johnston said the return recently appeared in his inbox and sensationally theorised Mr Trump himself may have leaked it to him.

“Let me point out that it’s entirely possible that Donald Trump sent this to me,” Johnston told Maddow. “Donald Trump has, over the years, leaked all sorts of things.”

Rachel Maddow: "The first amendment gives us the right to publish this return." pic.twitter.com/Jgbu1GRSIk

Before MSNBC broadcast the tax returns the White House released a statement which said Mr Trump paid $US38 million ($A50 million) tax on $US150 million ($A198 million) income in 2005.

Johnston published an analysis of the 2005 return on his website. However at the time of the MSNBC report, that website had crashed.

Johnston said there was a lot of detail about Mr Trump’s business dealings that remained secret.

“You want to see the sources of income which’ll be shown in his business returns — he has over 500 business entities,” he said.

Mr Trump’s son, Donald Jnr, responded to the report shortly after it went to air.

“Thank you Rachel Maddow for proving to your #Trump hating followers how successful @realDonaldTrump is and that he paid $40m in taxes,” he posted to Twitter.

It has been previously reported by the New York Times that Mr Trump declared a $US916 million ($A1.2 billion) loss on his 1995 tax returns.

This loss was so large that it could allow him to avoid paying federal taxes for 20 years, the report claimed, citing tax experts.

This was equivalent to $US50 million ($A66 million) per year for more than 18 years, the report wrote.

Mr Trump’s tax returns, and in particular how much tax the billionaire has paid during his business career, was a constant talking point during the election campaign.

Presidents and major candidates for the White House have routinely released their income tax returns. Experts say an IRS audit does not bar someone from releasing the documents, which Mr Trump had claimed.

Former Republican nominee Mitt Romney in May said Mr Trump’s refusal to release his tax returns should disqualify him from the presidential race.

At the time, Mr Romney said the only explanation for Mr Trump’s refusal to release his records was that they contained “a bombshell of unusual size”.