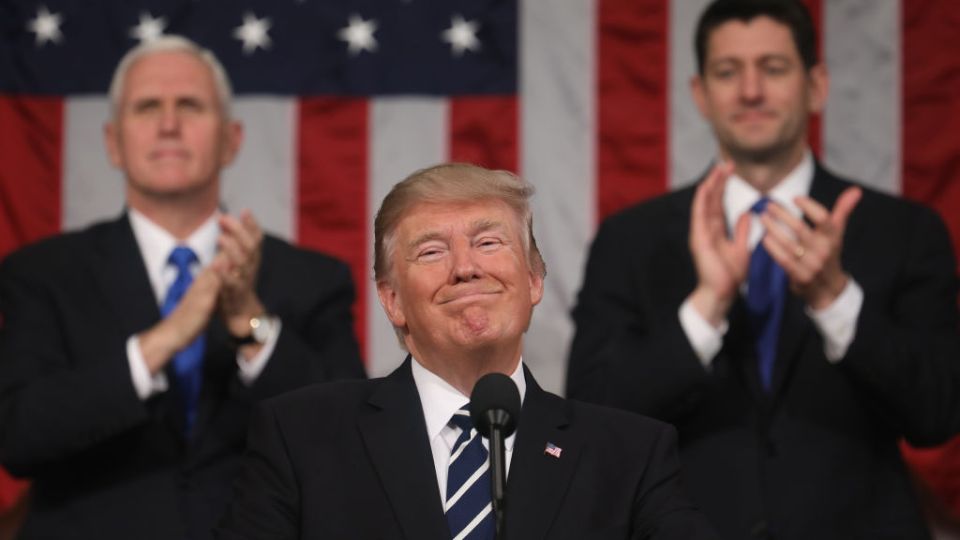 US President Donald Trump has been criticised for being loose with the truth. Photo: Getty

White House press secretary Sean Spicer struggled to explain President Donald Trump’s unsubstantiated wiretapping claim against Barack Obama on Tuesday, all the while gifting the world yet another ‘Trumpism’.

Wiretapping – or should that be “wire tapping”? – now joins “alternative facts”, “the leaks are real, the news is fake”, and “last night in Sweden” on the growing list of perplexing phrases coined by Mr Trump and his inner circle.

It came when Mr Spicer was asked about the President’s explosive claim that he had been wiretapped by his predecessor during the election campaign.

“If you look at the President’s tweet, he said very clearly, quote, ‘wire tapping’ – in quotes,” Mr Spicer told reporters at a press briefing.

“The President was very clear in his tweet that it was, you know, ‘wire tapping’ – that spans a whole host of surveillance types of options.”

That is, according to Mr Spicer, Mr Trump saying “wiretapping” did not mean he literally meant wiretapping.

Yet despite the constant controversies, a Suffolk University Poll released last week showed the President’s popularity exceeding Hillary Clinton’s for the first time ever, suggesting many Americans aren’t fazed by the criticisms.

University of Melbourne American history lecturer Emma Shortis said while his staunchest supporters would always stand by him, the perception Mr Trump was dishonest would resonate with those Americans still undecided about his presidency.

Mr Trump was trying to create an “atmosphere where nothing is certain” amid constant speculation about his connections to Russia and other scandals, she added.