Plans for a massive Donald Trump real estate development in a spiritually sensitive part of Bali have met resistance from locals, with some refusing to sell to the US President’s Indonesian business partner.

Hary Tanoesodibjo’s MNC group has been buying up land around the existing Nirwana resort at Tanah Lot, a relatively undeveloped area about an hour’s drive north of the main tourist strip at Kuta.

Demolition of the old resort is due to start in August, ahead of a three-year redevelopment that will be partly operated by the Trump group.

“It’s a big complex, more than 100 hectares, to build a hotel, villas, condominiums, also to build a country club — that is also with Mr Trump,” Mr Tanoesodibjo told the ABC.

But local landowners have told the ABC that they will not sell for the prices being offered.

“There is hardly anyone who wants to sell their land,” said Nyoman Madya, the head of the Enjung Pura neighbourhood that adjoins the planned Trump development. 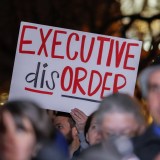 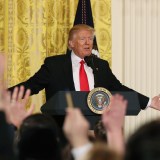 He said representatives from MNC had approached several villagers with offers well under market.

The area has been a target of developers for decades and he said local villagers knew what their land was worth.

Local villager Wayan Renri said he had heard that “the President of America” had bought the hotel.

“He wants all the land from here to the sea — about three kilometres. But the reason people do not sell is because of the cheap price,” Mr Renri said.

But the reluctance is not only because of the price.

Nyoman Sudina from Nyanyi village can see the Nirwana boundary from his property. The developers have bought fields all around his home.

“I’m not selling this land. If they want to lease it they can,” he said. “It’s the only property we have, it’s an inheritance.”

MCN insists development is on track.

“Our land acquisition process has not encountered any problems or issues beyond the regular negotiations when dealing with land owners in Bali,” the company said in a statement.

Mr Tanoesodibjo — who is universally known in Indonesia as Hary Tanoe — said Mr Trump and his family would not have a financial stake in the resort, would instead be paid a fee to run the operation.

“The role of the Trump organisation is to operate the hotel, the country club and the golf only. The villa deal is more of a franchise,” Mr Tanoe told the ABC.

Mr Tanoe is also working on another massive Trump project at Lido, in the hills above Jakarta. He says the two projects are “in the range of half a billion to a billion dollars”.

“It’s the biggest project in Asia entered by the Trump organisation,” he said.
‘Things won’t run well’ if Trump does not respect tradition.

Local landowner Made Sumaway says he has an open mind about Mr Trump.

“From what I’ve seen in the US election, there were a lot of pros and cons about him. About Donald Trump’s attitude, there was some racist element there. But we aren’t too concerned because we have regulations in place, we have good co-operation, if he doesn’t follow the regulations then things will not run well,” he said.

He said it was important to understand the local spiritual connection to the land.

“When we talk about the land in Bali, where most of its people are Hindus, the land has a very big meaning for us all. Because life is about take and give and that it’s the responsibility of the Hindus, to preserve not only the traditions, but the culture and religion as well,” Mr Sumaway said.

“The thing about the people here is that when they don’t need the money, they won’t sell their lands. That’s what they believe in, because they know they can’t just produce land. That makes owning the land very important to them.”

The planned Trump resort is beside one of Bali’s most important Hindu sites — the temple at Tanah Lot that sits on a rocky island about 50m offshore. It is accessible only during low tide.

The proximity of the temple means that any work done on the Trump resort will be watched closely by the island’s Hindu community.

“Donald Trump may have different traditions and culture but once he comes here he needs to follow ours,” Mr Sumaway said.