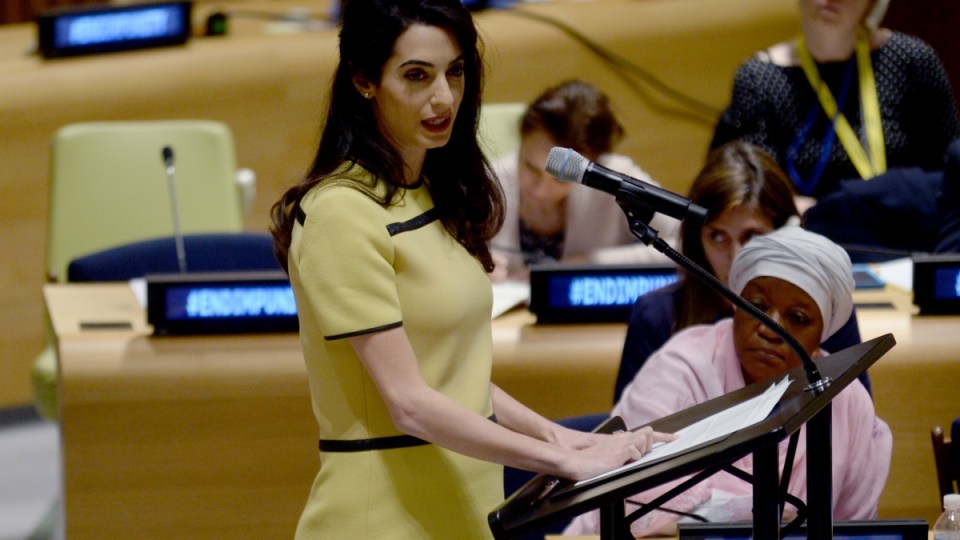 Amal Clooney has urged the United Nations to stop Islamic State getting away with genocide by launching an investigation into their atrocities in Iraq.

The human rights lawyer called for the UN to quit its “inaction” and begin gathering evidence to convict the Islamists of international crimes, even if the Iraqi prime minister does not proclaim his support.

Clooney, who is married to American actor George Clooney, said IS had vowed to “destroy” the Yazidi ethnic group by committing murder, rape and forced conversions while also attacking Christians, as well as Shia and Sunni Muslims .

“The UN was created as the world’s way of saying ‘never again’ to the genocide perpetrated by the Nazis,” she said on Thursday.

“And yet here we are, 70 years later, discussing the UN’s inaction in the face of a genocide that we all know about, and that is ongoing.” 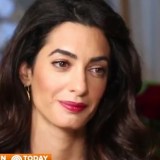 Fighting IS a personal, emotional crusade for Amal Clooney

Clooney called for mass graves to be preserved and exhumed while witness evidence should be recorded.

She said the investigation had not been launched because Iraqi PM Haider al-Abadi, who attended the hearing, had failed to write to the Security Council.

Clooney urged Mr al-Abadi to give the go-ahead, but said the UN should push on if he does not.

If U.N. does not crack down on ISIS, "history will judge us, and there will be no excuse for our failure to act," Amal Clooney warns pic.twitter.com/T3HDDpCOIg

She ended her speech saying: “Don’t let this be another Rwanda, where you regret doing too little, too late. Don’t let ISIS get away with genocide.”

Clooney appeared at the UN meeting in New York City to represent IS victims including Nadia Murad, who is a Yazidi genocide survivor.

Murad told UN members: “I can’t understand why you are letting IS get away with it.”

Amal Clooney calls for UN to act on IS ‘genocide’