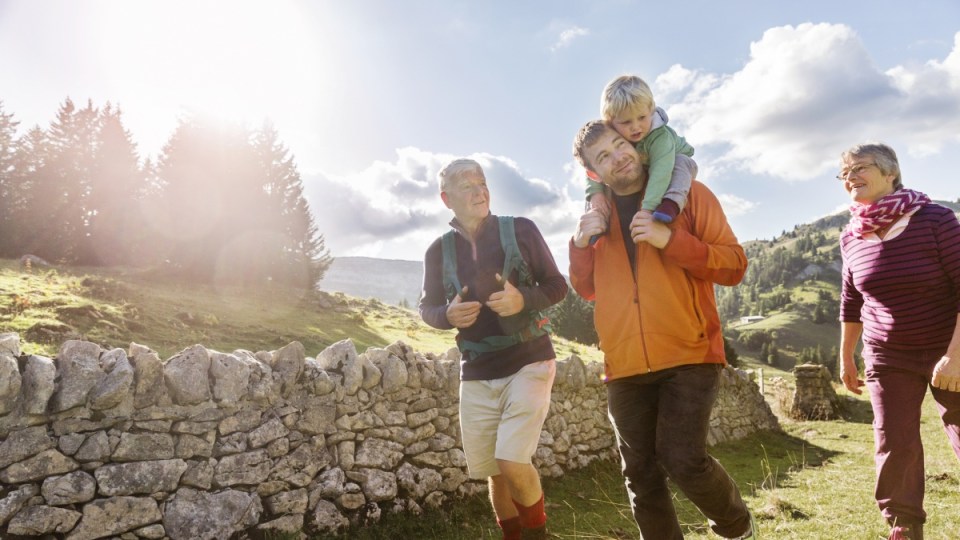 Switzerland was deemed "a sanctuary for calm reason". Photo: Getty

Australia — we’re not as good as we think we are.

The lucky country has fallen two places, to eighth in the world, in a global survey of 21,000 people in 36 countries assessing nations on 65 attributes of liveability.

Switzerland was ranked the world’s best country, perceived as “a sanctuary for calm reason” and commended for its attitude to education, democracy, business and quality of life.

Last year’s winner, Germany, slipped to fourth partly because of a string of terrorist attacks and the social and political unrest over its decision to let in large numbers of refugees.

Canada and Britain were judged second and third respectively, while Japan came in fifth place.

The ranking by the US News and World Report said Switzerland was highly regarded for its citizenship, business climate and quality of life.

“(Switzerland) appears to offer a respite from a liberal Western-led political order upended by populist sentiments and strongman politics,” the survey authors wrote.

The report noted Australia had a “high rate of participation in sporting activities and boasts a comparatively high life expectancy for both females and males. Its major cities routinely score well in global liveability surveys”, it noted.

While Australians “remain particularly concerned about environmental issues”, the report noted that it had a “comparatively high” rate of carbon dioxide emissions per capita, compared with other nations.

Australia was also ranked as the second-best country in which to enjoy a comfortable retirement, behind neighbour New Zealand, Switzerland, Canada and Portugal.

People considered these countries to have nice climates, they were affordable, friendly, committed to public healthcare and respectful of property rights.

Trump factor sinks the US

The United States dropped from fourth to seventh, a drop linked to the election of Donald Trump as president.

Nearly 75 per cent of respondents said they had lost respect for the US in some degree because of the toxic tone of last year’s campaign.

They also marked it down for business friendliness, respect for human rights and democracy, and educational quality, and said they also had less desire to visit the US.

The survey was conducted after the 2016 presidential election and polled more than 21,000 people described by the report’s organisers as “business leaders, informed elites and general citizens”.

But the survey also showed that the US is still seen as the most powerful country, with Russia second, but it noted that the gap between the two has narrowed to a near-negligible difference.

The countries that ranked the lowest of the 80-country survey were Algeria, Iran and Serbia.

The survey, conducted by US News & World Report, along with Y&R’s BAV Consulting and the Wharton School of the University of Pennsylvania, rolled the 65 attributes into nine major categories: Adventure, Citizenship, Cultural Influence, Entrepreneurship, Heritage, Movers, Open for Business, Power and Quality of Life, and in 2017 prioritised countries that enjoyed a degree of peace, quiet and prosperity.

“Our data captured widespread global concern for the social and geopolitical changes that cast many nations into uncertainty and turmoil,” said John Gerzema, chief executive of BAV Consulting.

“The new rankings reflect people’s desire to restore some sense of order by rewarding nations they perceive as championing neutrality, stability and diplomacy.”

1. Switzerland: “A sanctuary for calm reason… appears to offer a respite from a liberal Western-led political order upended by populist sentiments and strongman politics.”

2. Canada: “A high-tech industrial society with a high standard of living.”

3. United Kingdom: “The nation has a long history of major contributions to the arts and sciences.”

4. Germany: “Possesses one of the largest economies in the world and … a highly skilled, affluent workforce.”

5. Japan: “One of the world’s most literate and technically advanced nations.”

6. Sweden: “Health care, as well as a college education, are free, and its people boast one of the longest life expectancies in the world.”

7. United States: “The world’s most dominant economic and military power… Its cultural imprint spans the world, led in large part by its popular culture expressed in music, movies and television.”

8. Australia: “The nation has a high rate of participation in sporting activities and boasts a comparatively high life expectancy. Its major cities routinely score well in global liveability surveys.”

9. France: “Its reach extends around the globe through science, politics, economics and perhaps above all, culture.”

10. Norway: “Norway is a high income nation with a vibrant private sector and a substantial safety net.”