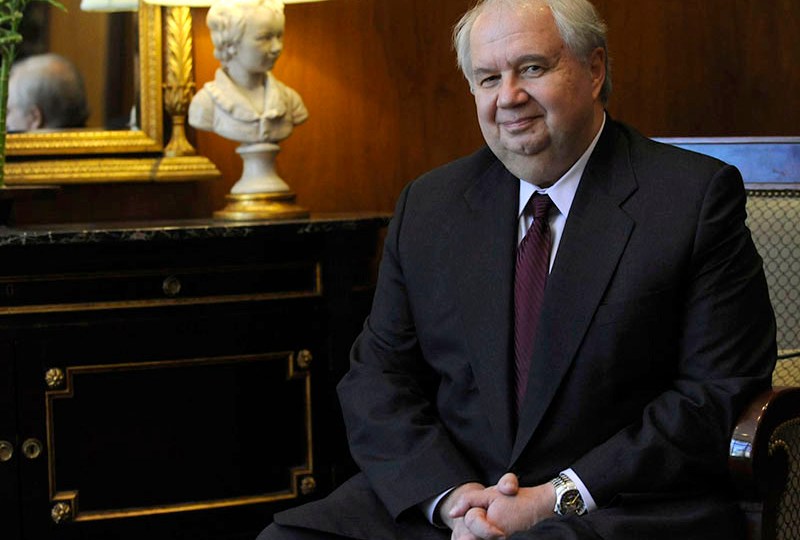 Much of the controversy surrounding the supposed pre-election connection between Donald Trump’s top officials and the Russian government can be traced to one man: Sergey Kislyak.

He’s tall, fat and can be very charming one moment, stone cold the next.

The softly-spoken, lunch-loving Russian ambassador to the US is increasingly being regarded as a threat to the stability of the White House, and to the longevity of Mr Trump’s presidency.

Spokesperson for Russian President Vladimir Putin, Dmitry Peskov, reignited the furore on Monday when he said “hysteria” over supposed Russian involvement in the election was hurting relations between the countries.

The diplomat has so far managed to inadvertently kill off Mr Trump’s national security adviser Michael Flynn, bruise Mr Trump’s Attorney-General Jeff Sessions and possibly set him up for the chopping block, and put Mr Trump’s senior adviser and son-in-law Jared Kushner next in line for uncomfortable scrutiny.

All three men met with Mr Kislyak when they were campaigning on behalf of Mr Trump in the lead-up to last year’s election. 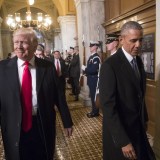 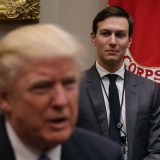 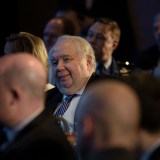 He’s attempting to limit the personal damage by recusing himself from participating in an investigation of Mr Trump’s links to the Russians and what role they had in getting him elected.

Mr Kushner, as per his style, has said nothing.

Why lie about meeting with the ambassador? There was nothing illegal about it. And Mr Kislyak is a fervent networker who has met with countless American officials, although it’s worth noting he prefers to meet with them privately, one on one.

As Mr Kislyak himself said in November, taking questions at a Stanford University dinner: “I personally have been working in the United States for so long that I know almost everybody.”

However, given Mr Trump’s pro-Russian stance at a time of tensions between Russia and the US over Vladimir Putin’s strong-arming the Crimea and thumbing his nose at NATO, the meetings were a bad look.

As The New Yorker described it on Sunday, what we have here is a cover-up in search of a crime.

Over the last few days, media outlets around the world have asked one question: who exactly is Sergey Kislyak?

The accepted facts: 66 years old, father of an adult daughter; personally cordial; professionally tough in defending Russia’s interests and behaviour; a graduate of the Moscow Engineering Physics Institute and, later, the USSR Academy of Foreign Trade; an expert in arms-control negotiations; the first Russian representative to NATO; ambassador to Belgium from 1998 to 2003; his early diplomatic career included a stint at the Washington embassy from 1985 to 1989, a time when all USSR officials were considered spies by default.

Politico has since named Mr Kislyak as Washington’s “most dangerous diplomat”.

Now Mr Trump is making spy claims – namely that Barack Obama wire-tapped his phone. And magically, people have stopped talking about Sergey Kislyak. For the moment.