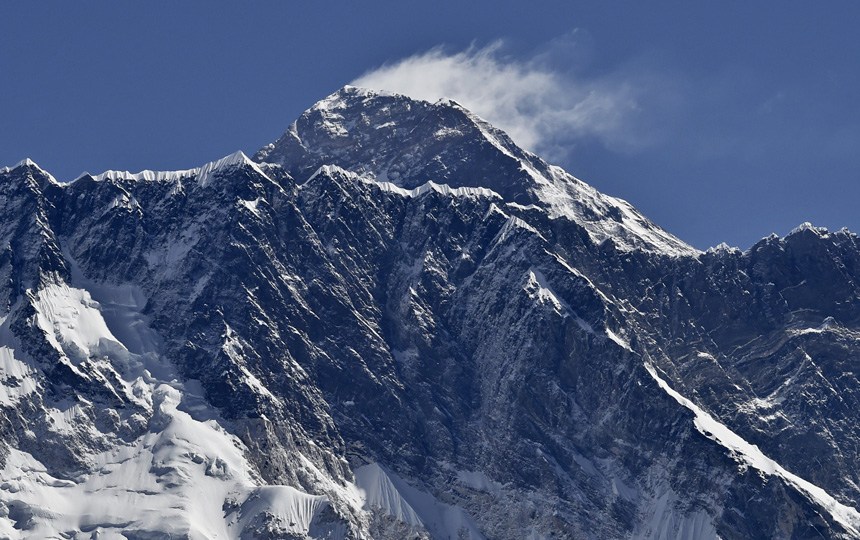 Climbers are packing big rubbish bags that can be filled and taken away by helicopter. Photo: Getty

An Australian man has died while trekking in Nepal, the Department of Foreign Affairs and Trade (DFAT) has confirmed.

Fairfax Media reported a Melbourne father-of-two fell ill on his descent from the Mount Everest Base Camp.

DFAT said it was prepared to offer assistance.

The cause of the man’s death is unclear, but veteran mountaineer Andrew Lock said the extreme altitude could put even experienced trekkers at risk.

“Severe altitude sickness can kill you,” he said.

“If you go to high altitude — and Everest Base Camp is 5,300 metres — that’s more than enough to kill you if you go up too quickly.”

Melbourne woman, Dr Maria Strydom, died on Mount Everest in May last year after she fell ill near the mountain’s peak.

Dr Strydom, a 34-year-old finance lecturer at Monash University in Melbourne, had been tired and weak when she died at an altitude of about 7,800 metres near Camp 4.

Another climber in her group, Dutchman Eric Arnold, also died from altitude sickness after reaching the summit on his fifth attempt.

Since Everest was first climbed in 1953, more than 300 people, most of them Nepali, have died on Everest and Lhotse, which share the same route until Camp 3 at 7,200 metres.