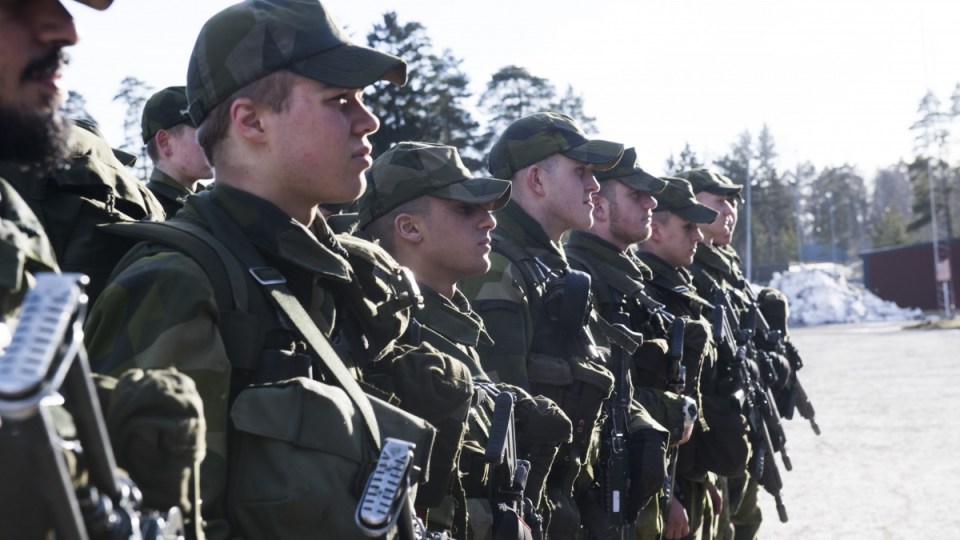 Sweden has reintroduced compulsory military service for a new generation of 18-year-olds as it looks to prepare for the possibility of Russian aggression.

Citing the deterioration of the “security environment in Europe” and a need for military readiness, the country’s centre-left government on Friday announced plans to conscript 4000 recruits per year in 2018 and 2019.

“After the Russian annexation of Crimea against international law, and their increased military exercises close to the border, we have a new security situation,” Sweden’s Minister of Defence Peter Hultqvist said.

Sweden abandoned conscription in 2010, but a lack of volunteers and the perception of a rising Russian threat has prompted the change of heart.

The “unaligned” nation, which is not a member of NATO, has also announced plans to strengthen its military cooperation with treaty nations and its neighbour Finland.

In a first, the government said it would conscript both men and women. It will also take into account “individual motivation, interest and will”.

The move is the latest in a series of signs of concern over the Russian provocation in the region.

Late last year, Sweden’s municipal governments were told to ensure they were prepared for “an armed attack against Sweden from a qualified opponent”.

The defence force also sent 150 troops to Gotland, an island that sits between several former Soviet Baltic states and the Swedish mainland.

A history of conflict

“For Sweden, there’s a need to make sure there’s an integrity of defence,” he said.

“It reflects the nervousness of the Nordic countries and the Baltic states regarding their future.”

Last year, an Ipsos poll showed 72 per cent support for the return of conscription among Swedes.

Professor Patrikeeff said there was a “very long history of competition and geo-politics” between the Nordic countries and Russia.

He acknowledged Swedish concerns over Russia’s annexation of Crimea, but did not believe Moscow had Sweden or Finland in its sights.

“I think it’s a bit of a red herring. Crimea remains a special case for the simple reason that Russia had a special connection with Crimea,” he said.

“It never sat well with Russia [when it was lost] so it wasn’t surprising that it was attacked and controlled in that way.

“Does that extend to the Nordic countries? I don’t think so. It’s a very different proposition.

“Russia may actually impose a bit of muscle in that area. I don’t see it happening. But the nerves are there.”

Why Sweden is bringing back the military draft