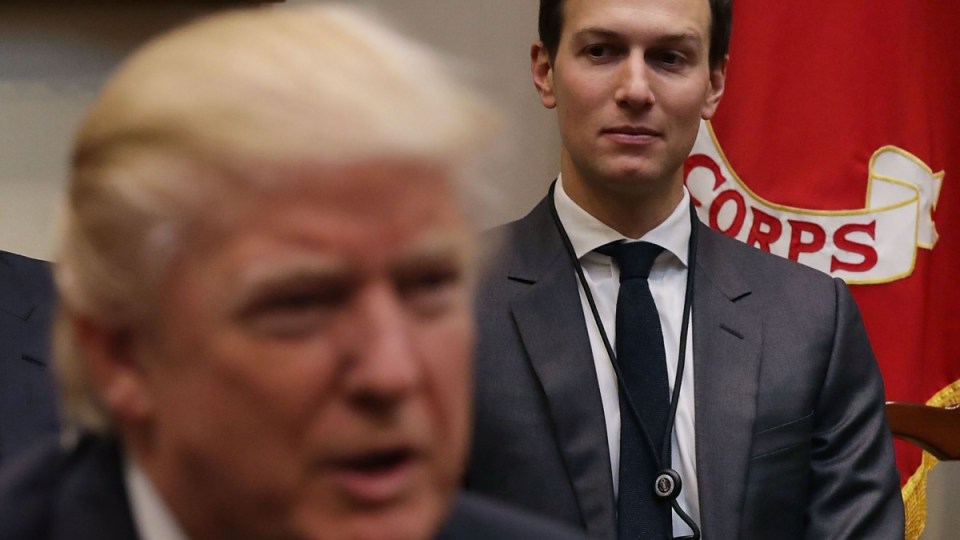 Jared Kushner is now a senior adviser in his father-in-law's administration. Photo: Getty

The Trump administration is embroiled in yet another controversy over its ties to Russia, with President Donald Trump’s son-in-law the latest figure to be implicated.

The meeting was reportedly set up to “establish a line of communication” between the Trump administration and the Kremlin, the White House has told The New York Times.

The news came on the same day that newly appointed Attorney-General Jeff Sessions confirmed that he also twice met with the ambassador during the campaign, despite denying the contact on previous occasions.

Mr Sessions’ meetings with the Russian ambassador, in July and September, took place not only during the campaign, but at the height of concern over Russia’s involvement in hacking of Democratic officials’ emails accounts.

Intelligence officials have since concluded that Moscow ordered the hacks to tilt the election toward Mr Trump.

The revelation led Mr Sessions to withdraw from the investigation into Russian interference in the US election, but maintained he answered all questions at his confirmation hearing truthfully and will therefore not resign.

Mr Flynn, the former national security adviser, was in contact with the Russian envoy during the campaign and the transition — a controversy that eventually led to his resignation in the first weeks of Trump’s presidency, as he had misled Vice-President Mike Pence about whether the meetings had taken place.

The role of Mr Kushner, who is now a senior adviser in the Trump administration, in the meeting is unclear.

Meanwhile, newspaper USA Today has reported that at least two more officials in the Trump campaign spoke with Mr Kislyak at a conference which coincided with the Republican National Convention in July.

After Mr Sessions’ news conference, Mr Trump said his Attorney-General could have been more accurate in what he said about his contacts with Russian officials, but blamed Democrats for blowing up the controversy for political reasons.

“Jeff Sessions is an honest man. He did not say anything wrong,” Mr Trump said in a statement.

“He could have stated his response more accurately, but it was clearly not intentional.

“The Democrats are overplaying their hand … it is a total witch hunt!”

Vice-President Mike Pence has only added to the turmoil within the Trump administration, after revelations he used a private email account to conduct public business as governor of Indiana.

Emails released to the Indianapolis Star in response to a public records request, show Mr Pence communicated via his personal AOL account with top advisers on topics ranging from security gates at the governor’s residence to the state’s response to terrorism attacks across the globe, the newspaper reported.