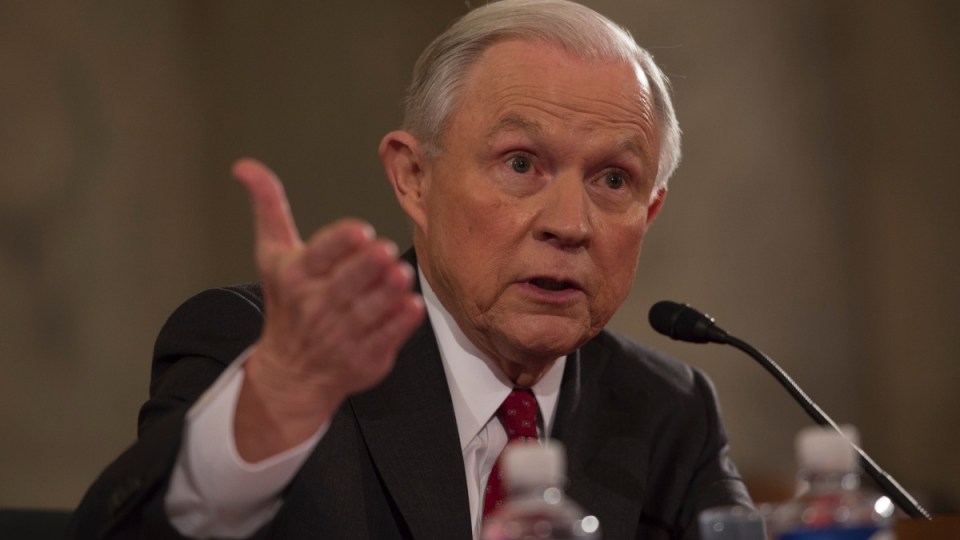 Mr Sessions denied at his confirmation that any contact took place during the campaign. Photo: Getty

Newly appointed US Attorney-General Jeff Sessions has come under fire after revelations he had two conversations with the Russian ambassador during the presidential campaign.

The first national security adviser appointed by President Donald Trump, Michael Flynn, was forced to resign in February after he misled the administration over his communications with Mr Kislyak.

Mr Sessions, who was a fervent supporter of Mr Trump during his campaign, had meetings with more than 25 foreign ambassadors while a senator in his role as a member of the Senate Armed Services Committee, and had two separate interactions with the Russian ambassador, Mr Kislyak, the department said.

One was an office visit and the other happened in a group setting after a Heritage Foundation speech that Mr Sessions gave during the summer.

The revelations will likely fuel calls for him to remove himself from overseeing investigations by the FBI and the Justice Department, which he heads up, into Russia’s alleged role in the 2016 US presidential election.

At his Judiciary Committee confirmation hearing on January 10, Mr Sessions was asked by Democrat Senator Al Franken what he would do if he learned of any evidence that anyone affiliated with the Trump campaign communicated with the Russian government in the course of the 2016 campaign.

“I’m not aware of any of those activities,” he answered.

“I have been called a surrogate at a time or two in that campaign and I did not have communications with the Russians.”

Mr Sessions’s spokeswoman, Sarah Isgur Flores, said Mr Sessions did not consider the conversations relevant to the lawmakers’ questions and did not remember in detail what he discussed with Mr Kislyak.

“There was absolutely nothing misleading about his answer,” Ms Isgur Flores said.

The Post reported that the Russian ambassador did not respond to requests for comment about his contacts with Mr Sessions. The White House, also, did not immediately comment.

Senator Franken told The Post: “If it’s true that Attorney-General Sessions met with the Russian ambassador in the midst of the campaign, then I am very troubled that his response to my questioning during his confirmation hearing was, at best, misleading.

“It is now clearer than ever that the attorney-general cannot, in good faith, oversee an investigation at the Department of Justice and the FBI of the Trump-Russia connection, and he must recuse himself immediately.”