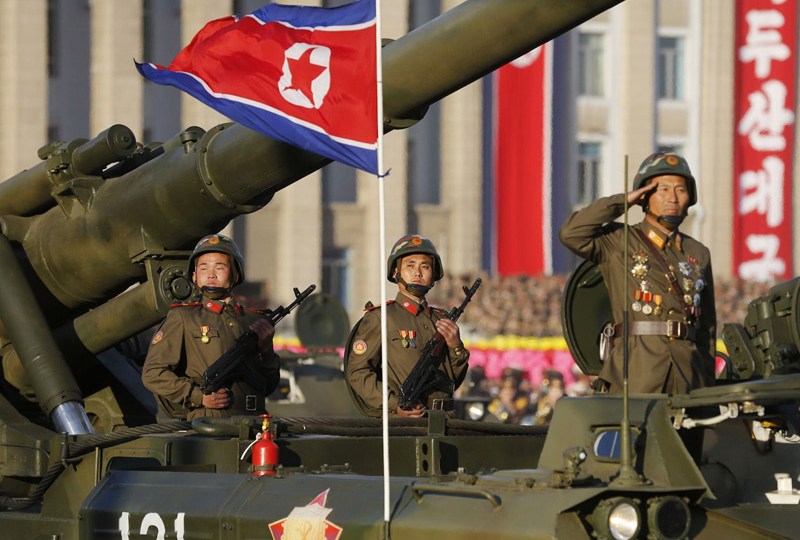 North Korea’s latest ballistic missile launch, the first since Donald Trump took office, has been viewed as a test of the new President’s policies for the region.

The hermit nation fired the missile into the sea on Sunday (US time) as Mr Trump hosted the Japanese Prime Minister Shinzo Abe at his Mar-a-Lago estate in Florida.

The test of an intermediate-range ballistic missile, which flew towards the Sea of Japan for about 500km, was widely condemned.

South Korea’s defence ministry said the launch was “aimed at drawing global attention to the North by boasting its nuclear and missile capabilities.”

“It is also believed that it was an armed provocation to test the response from the new US administration under President Trump,” South Korea said. 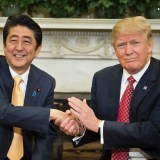 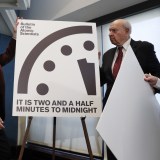 ‘Doomsday Clock’ at most alarming, risky level in 64 years 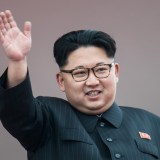 Mr Trump also briefly responded to the launch, saying: “I just want everybody to understand and fully know that the United States of America stands behind Japan, its great ally, 100 percent.”

The US and Japan, along with South Korea, later requested an urgent meeting of the UN Security Council to discuss the missile launch. A spokesman for the US Mission to the United Nations said that the meeting is expected to take place on Monday.

US authorities identified the missile as a “medium- or intermediate-range ballistic missile”, according to the New York Times.

“The missile was tracked over North Korea and into the Sea of Japan,” the United States Strategic Command said in a statement.

“The North American Aerospace Defense Command determined the missile launch from North Korea did not pose a threat to North America.”

North Korean state media said leader Kim Jong Un was at the site to observe the launch and expressed pleasure at the North’s expansion of its strategic strike capabilities.

A report on the launch carried early on Monday by the North’s Korean Central News Agency said Kim watched from an observation post and gave the order to fire the “Pukguksong-2,” which it said was a “Korean style new type strategic weapon system.”

The test came a few days after Mr Trump and Mr Abe had issued a joint statement urging North Korea “to abandon its nuclear and ballistic missile programs and not to take any further provocative actions.”

“North Korea just stated that it is in the final stages of developing a nuclear weapon capable of reaching parts of the U.S. It won’t happen!” he tweeted.

“China has been taking out massive amounts of money & wealth from the U.S. in totally one-sided trade, but won’t help with North Korea. Nice!”

White House adviser Stephen Miller told the US cable network ABC that Mr Trump and Mr Abe had stood shoulder to shoulder to present a powerful symbol of unity.

“The message we are sending to the world now is a message of strength and solidarity,” he said.

“We stand with Japan and our allies in the region to address the North Korean menace.”

Mr Miller also said on Fox News Sunday that the US would “reinforce and strengthen our vital alliances in the Pacific region as part of our strategy to deter and prevent the increasing hostility that we’ve seen in recent years from the North Korean regime.”