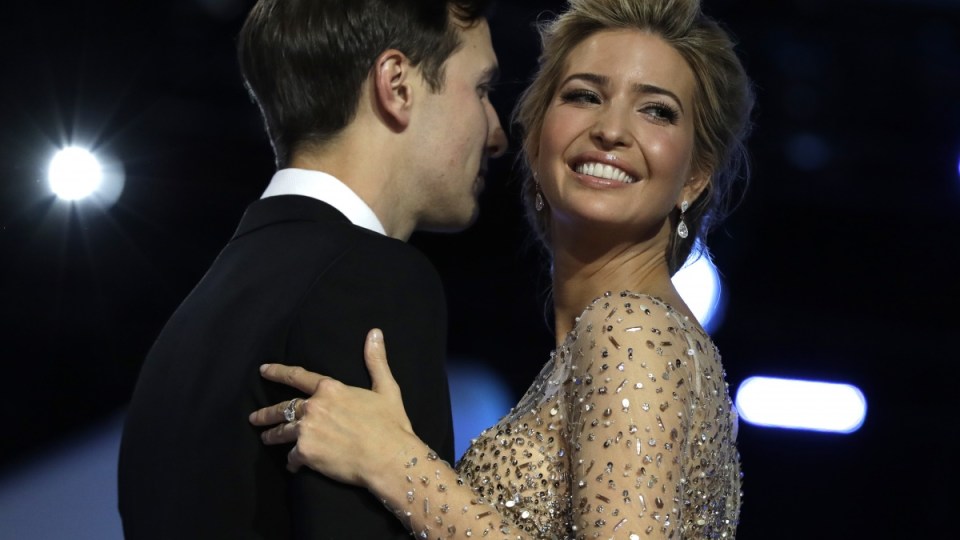 The Trump administration’s obsession with Ivanka Trump’s brand is enveloping the White House in chaos, with the President’s senior advisor the latest figure to be slammed for weighing into the brand-boycott debate.

President Donald Trump and his counsellor Kellyanne Conway have both been accused of using the White House to promote Ivanka’s brand, which is the subject of a boycott across the United States’ biggest department stores.

The turmoil comes as Mr Trump powers through his first weeks in office, where he has courted controversy with almost every move, and is now facing a fight in the Supreme Court to save his travel ban.

Outrage erupted on Friday morning (AEDT) when Ms Conway told Fox News Ivanka’s brand “is a wonderful line, I own some of it”.

“Go buy Ivanka’s stuff … I’m going to go get some myself today,” Ms Conway said from the White House. 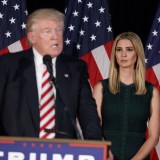 How Donald Trump’s campaign is hurting his children’s future 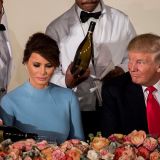 “I’m going to give a free commercial here. Go buy it today, everybody.”

“She has been counselled on that subject, and that’s it,” Mr Spicer said sternly, when asked if Ms Conway had crossed an ethical line.

The non-profit Citizens for Responsibility and Ethics in Washington and Public Citizen filed complaints with the Office of Government Ethics (OGE) and the White House Counsel’s Office.

“It’s a violation of the rule,” Norman Eisen, who served as an ethics adviser to Democratic president Barack Obama, told MSNBC. “It’s a serious matter.”

The top Democrat on the House Oversight and Government Reform Committee, Elijah Cummings, called on the committee to refer the matter to the OGE for potential disciplinary action — the White House and the OGE did not respond to requests for comment.

Many accused Ms Conway of violating US OGE ethics laws, which state an employee: “shall not use his public office for his own private gain, for the endorsement of any product, service or enterprise or for the private gain of friends, relatives, or persons with whom the employee is affiliated in a nongovernmental capacity.”

The New York Times’ editorial wrote: “‘Using public office for private gain’ could be the motto of this administration.”

“My daughter Ivanka has been treated so unfairly by @Nordstrom,” Mr Trump tweeted from his personal account. “She is a great person — always pushing me to do the right thing! Terrible!”

Protests against Ivanka’s brands can be found on the #GrabYourWallets hashtag, a play on Mr Trump’s infamous “grab them by the p***y” comment.

It was started by 45-year-old marketing professional from California, Shannon Coulter.

CNN interviewer Chuck Todd asked Ms Conway why Mr Spicer “utter[ed] a provable falsehood” about the crowds, to which she responded: “Sean Spicer, our press secretary, gave alternative facts to that.”

Then days later reports claimed Ms Conway allegedly punched a man in the face while he was engaged in a scuffle with another man at Mr Trump’s inauguration ball.

“I bet it’s brand new information to people that President Obama had a six month ban on the Iraqi refugee program after two Iraqis came here to this country, were radicalised and they were the masterminds behind the Bowling Green Massacre,” she said at the time.

No such massacre ever occurred. Ms Conway later said she was referring to the 2011 arrest of two Iraqi refugees in Bowling Green, Kentucky, on various terror charges. Ms Conway apologised for the remarks.

The controversy surrounding Mr Trump’s and Ms Conway’s endorsement of the brand comes as Melania Trump fights her own White-House-for-promotion controversy.

Claims made in a lawsuit filed on behalf of Melania attracted scorn earlier this week.

The lawsuit, filed against the Daily Mail, said the First Lady had a “once-in-a-lifetime opportunity” to garner “multi-million dollar business relationships” while her husband was president.