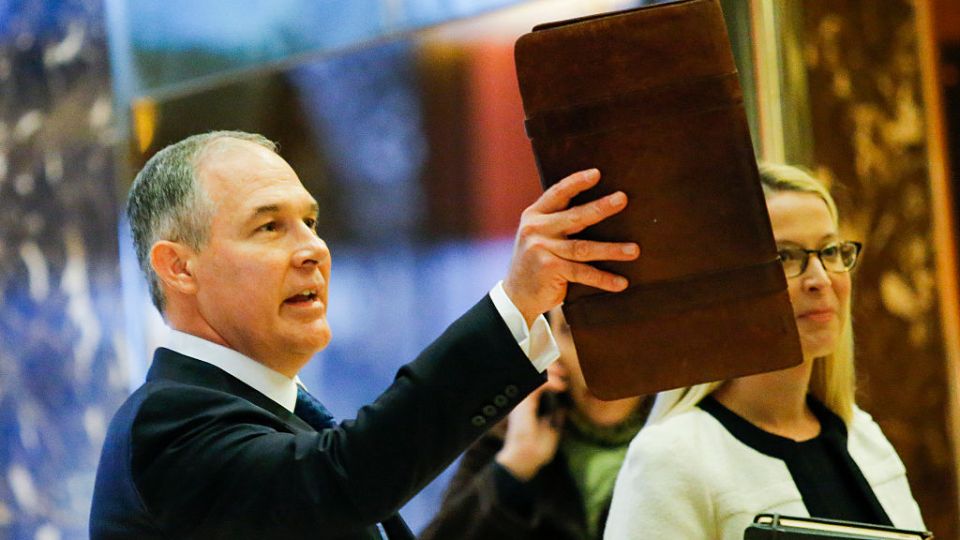 President-elect Donald Trump has been quietly assembling an administration of climate change deniers – two of whom have personally gone after the departments they look set to head up in 2017.

Mr Trump’s pick to run the Environmental Protection Agency is Scott Pruitt, a conservative Republican and Attorney-General of Oklahoma who has accused Barack Obama of pushing a “climate change agenda” and questioned the link between humans and global warming.

But Mr Pruitt is not the only appointment to Mr Trump’s administration who has raised eyebrows in the lead-up to the January inauguration.

The concept of global warming was created by and for the Chinese in order to make U.S. manufacturing non-competitive.

Last week, the President-elect formally nominated former governor of Texas Rick Perry to lead the Department of Energy – the very department the one-time presidential candidate once declared he wanted to dismantle.

The appointments, coupled with Mr Trump’s own previous comments regarding climate change, suggest a tumultuous four years for climate change action in the US.

Mr Pruitt sued the EPA in an attempt to block its Clean Power Plan, and also filed a suit on behalf of Oklahoma utility companies in protest against increased regulation of coal-fired plants. Both lawsuits were unsuccessful. 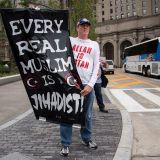 Trump’s 33 promises, from the wall to smashing ISIS

He is closely aligned with the fossil fuel industry, and has funded his electoral campaigns with hundreds of thousands of dollars donated by oil and gas companies.

Mr Pruitt has referred to outgoing President Obama’s Clean Power Plan as an example of “advancing the climate change agenda”, and challenged the link between global warming and human action.

“Scientists continue to disagree about the degree and extent of global warming and its connection to the actions of mankind,” wrote Mr Pruitt in a National Review article in May, arguing that debate surrounding the link between human action and climate change “should be encouraged”.

He also alleged Mr Obama’s 2015 Clean Energy Plan – which aims to reduce carbon emissions by 32 per cent in 25 years – circumvented proper government protocol, and that during its instigation, green-energy advocacy groups used officials “as puppets to further their extreme agendas”.

Rick Perry and the Department of Energy

Former Texas Governor Mr Perry has also been an adversary of the department he looks set to head up in the Trump administration.

In 2011, Mr Perry famously tried to announce his plan to dismantle the Department of Energy should he be elected president – but couldn’t remember its name.

“I will tell you, it is three agencies of government when I get there that are gone,” he said.

“Commerce, Education, and – what’s the third one there? Let’s see.”

Despite prompts from the audience, Mr Perry couldn’t find what he was looking for.

Mr Perry has also denied the link between humans and climate change in the past.

During a campaign speech in 2011, Mr Perry argued: “I do believe that the issue of global warming has been politicised.

“I think there are a substantial number of scientists who have manipulated data so that they will have dollars rolling into their projects.”

Mike Pompeo, Mr Trump’s choice to head the CIA, has been a climate change science sceptic, arguing some scientists have found the climate to be “pretty stable” in recent years.

There’s also Mr Trump’s head of the Department of Health and Human Services, Tom Price, who slammed the Clean Energy Plan as “against all common sense”, and Attorney-General Jeff Sessions, who has pointed out that carbon dioxide is good for us.

“Carbon pollution is CO2, and that’s really not a pollutant; that’s a plant food, and it doesn’t harm anybody except that it might include temperature increases,” he told a Senate hearing in 2015.

Donald Trump is assembling a cabinet of climate change deniers