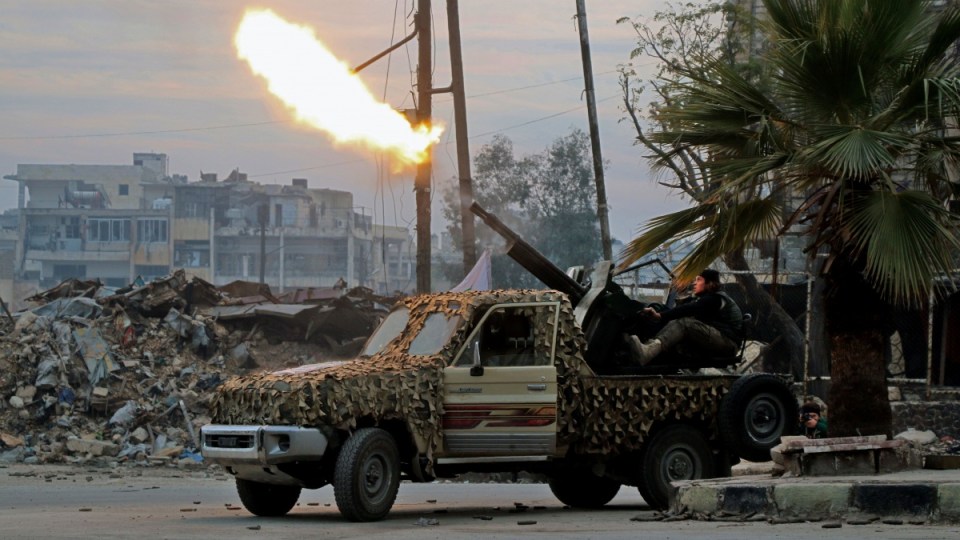 Aleppo has been pummelled by Syrian government forces, with rebels fighting back. Photo: Getty Photo: Getty

Russia’s envoy to the United Nations says a deal has been reached for rebel fighters to leave the embattled Syrian city of Aleppo.

“My latest information is that they indeed have an arrangement achieved on the ground that the fighters are going to leave the city,” Russian UN Ambassador Vitaly Churkin told reporters on Tuesday.

“It could happen “within hours maybe,” he said.

CNN has reported that a ceasefire and evacuation agreement had been reached in the beleaguered eastern part of the city, and that residents had received text messages from rebel leaders announcing the ceasefire.

The evacuation of the remaining rebels would mark a major victory for President Bashar Assad and return Syria’s largest city to full government control for the first time since rebels seized the eastern half in 2012.

Aleppo is falling and the end is horrific.

Syrian President Bashar al–Assad’s forces are on the cusp of victory in what has been the most horrific slow-motion disaster of 2016. 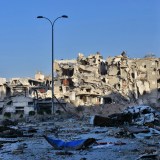 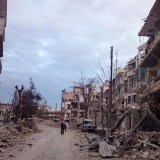 The regime’s army and allied forces are being accused of killing civilians in their homes and executing those trying to flee.

Reports include 82 people, including women and children, being summarily killed by militiamen, and 100 unaccompanied children trapped in a building under fire.

The UN says it is “clear evidence of a complete meltdown of humanity”.

Its security council has convened an emergency session, in which Secretary–General Ban Ki Moon talked about one of the oldest cities in the world disappearing before Christmas.

A rebel group claims a ceasefire with the Russians has been brokered by Turkey, but that is being denied by the Syrian Army.

Syria’s largest city has been the subject of a brutal conflict between the Syrian government – in alliance with Russia – Shiite militias and Hezbollah, who have all been engaged in a battle with the Syrian opposition for control.

The conflict has been characterised by barrel bombs dropped from helicopters killing thousands, chemical weapons, massacres, reprisals, executions, bombings of hospitals, scenes of dozens of dead bodies littering the streets, and apocalyptic imagery of bombed-out districts and sickening footage of wounded and dying children.

Swathes of Aleppo are now in ruins as the final rebel-held areas fell on Tuesday.

News: @UNHumanRights office "filled with the deepest foreboding for those who remain" in Aleppo https://t.co/uTEa9o3iDF #Syria

The rout of rebels from their ever-shrinking territory in Aleppo has sparked a mass flight of civilians and insurgents in bitter weather.

“The reports we had are of people being shot in the street trying to flee and shot in their homes,” said Rupert Colville, a spokesman for the UN office. “There could be many more.”

UNICEF says the situation is “hell on earth”, with food and basic supplies running out. Schools haven’t been running for weeks.

Regional director, Geert Cappelaere, says it’s “time for the world to stand up for the children of Aleppo and bring their living nightmare to an end.”

"I hope you can remember us."

This teacher in Aleppo shares a harrowing "last call" video as government forces take control of the city. pic.twitter.com/2CMzZplvav

As another day dawned in the ruins, the cries on social media became increasingly despairing.

Volunteer rescue group The White Helmets – rescue workers nominated for a Nobel Peace Prize in 2016 for their efforts helping casualties of the Syrian conflict – tweeted: “All streets and destroyed buildings are full with dead bodies. It’s hell.”

And: “We hear children crying, we hear calls for help, but we just can’t do anything. We are being bombed continuously.”

And another: “People of Aleppo wish to inform you that tomorrow they will be killed with their families.”

Final message – I am very sad no one is helping us in this world, no one is evacuating me & my daughter. Goodbye.- Fatemah #Aleppo

U guess it's goodbye..
Thanks all who stand for us and pay for us.
But it's almost over and they are just hours away of killing us

The Syrian Observatory for Human Rights said almost 600 civilians had been killed since fighting intensified in Aleppo in the past month.

“The humanitarian situation is catastrophic in eastern Aleppo, the massacres being committed,” it said in a statement.

One of the world’s leading Middle East experts, Australian journalist Martin Chulov, told The New Daily that the scale of the suffering in Aleppo is unlike anything else in the Syrian war.

“Half of the country’s industrial heart is in ruins. The fabric of east Aleppo has been destroyed,” Mr Chulov said. “Entire clans have been wiped out and tens of thousands of children traumatised by some of the most sustained and indiscriminate bombardment of the past half century.”

Earlier this month a UN envoy warned that Aleppo was becoming “one giant graveyard”.

On Tuesday the warning came true as the Syrian army announced it had taken full control of the Aleppo districts abandoned by rebels during their retreat in the city.

Syrian soldiers earlier celebrated victory when rebels withdrew from the east side of the Aleppo river on Monday afternoon, while a coalition of civil groups issuing a statement that 100,000 civilians were trapped without safe passage.

On Monday, Secretary General of the United Nations Ban Ki-moon issued a statement expressing alarm “over reports of atrocities against a large number of civilians, including women and children, in recent hours in Aleppo”.

The situation has been devolving ever since.

Dr Anthony Billingsley, a lecturer on Middle Eastern politics at the University of NSW, told The New Daily the fall of Aleppo would be a significant propaganda boost for the Assad regime.

“We have an extraordinarily messy situation. It is a tangled, bewildering mixture of alliances of convenience,” Dr Billingsley said. “I used to live in Syria and watching the news just brings tears to my eyes.

“Syrians themselves are friendly and welcoming, a lovely people. It is horrendous to see the fighting. The images you see are sanitised, they don’t show the dead. There seems no depth they won’t plumb.”

Experts warn that the fall of Aleppo will not mark the end of Syria’s suffering, with the complex allegiances of military factions and Islamist groups – including Islamic State – likely to become even more dangerously divided.

Australian National University’s Middle East expert Dr Vanessa Newby, who has also lived in Syria, told The New Daily that Syrian standards of living had been relatively high and the country was opening up to the world prior to the start of the civil war.

“There is nothing left of Aleppo to speak of,” she said. “The government areas still function, the old souks and citadels are largely destroyed. We have lost a generation of Syrian children. That is the biggest tragedy of all.”

Qatar has called for an emergency Arab League meeting to discuss the situation.

‘We have lost a generation of Syrian children’: Army poised to take Aleppo