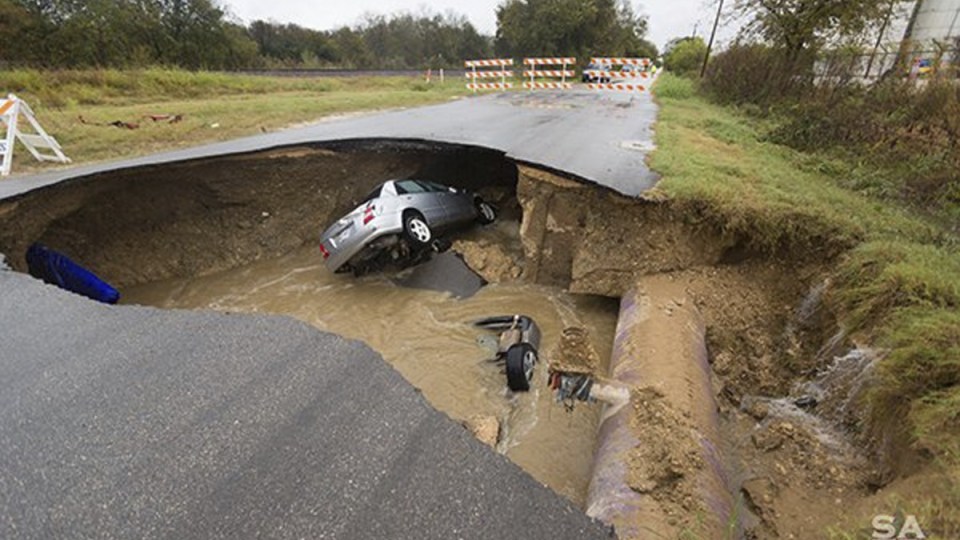 Officials said the hole appeared to be expanding. Photo: AAP

A giant sinkhole in the Texas city of San Antonio has killed a deputy sheriff after it swallowed two cars.

The hole opened up about 7.30pm local time on Sunday, above a section of sewer piping that had been replaced by the city only a year ago, the Washington Post has reported.

Dora Linda Nishihara, a part-time deputy sheriff at the local county courthouse, happened to be driving near the stretch of road when the hole opened up and was dragged in.

Ms Nishihara’s car toppled into the hole upside down, leaving her to drown.

We are heartbroken to confirm Deputy Dora Linda (Solis) Nishihara passed away after her car fell into a sinkhole Sunday. pic.twitter.com/fETVaqrrCJ

“Being that this car was 90 per cent submerged, and had been in the water for an unknown amount of time, the survivability of anyone in that vehicle, there was no way they were going to survive,” Mr Hood said. 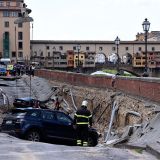 A 60-year-old man also had his car swallowed by the hole, but was luckily saved by a passerby who sustained minor injuries pulling him out of the gravel and sewage water.

Cranes were brought in to fish Ms Nishihara’s and another car from the sinkhole, which reportedly had grown overnight.

“Every time the train [went] by, we saw pieces of earth falling in,” Robert Puente, head of the San Antonio Water System, told The Washington Post.

According to the San Antonio Water System, the city had experienced four other sewer spill overflows on Sunday.