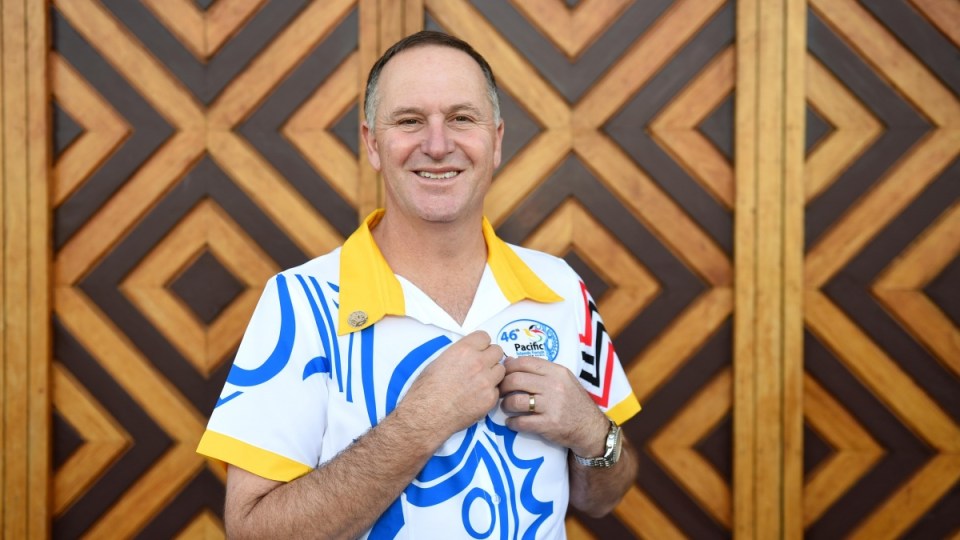 John Key's relaxed and casual manner hid a sharp brain and deft use of his common touch. Photo: AAP
analysis

To New Zealand’s ears, any interest in the country at all from across the ditch is scant, usually focusing on the odd and the cute. But John Key’s eight-year rule garnered the respect of those in a country whose own leadership was a revolving door.

An Aussie mate asked me once, “what is it with John Key?” The inference – how did he yank the country back onto an economic keel after the Global Financial Crisis so quickly and with, what looked like from the outside, so little political dissent? While playing golf with Barack Obama and being invited to stay at Balmoral Castle by the Queen? Do people really like him? Is he really on the level?

"Like someone at the rugby club down the road" – earlier @Diplomat_APAC article on the likeable #NZ leader John Key: https://t.co/YWzzalzVjw

Wealthy by his own efforts, with a sharp financial brain, John Key is also a down to earth bloke who mangles his sentences and makes up new words in what’s become a fun game for gallery journalists. 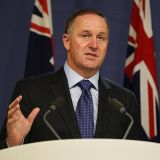 Resignation bombshell: ‘I have nothing left in the tank’ 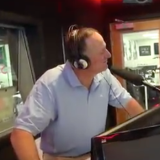 I wouldn’t have called him a media darling but he fronted every week on a wide range of radio stations – talking sport on Radio Sport, shooting the breeze on music stations, cosying up to breakfast news hosts. One day last year he dropped in to Newstalk ZB’s Auckland offices for an unscheduled on-air chat with the morning host because he “was passing” and didn’t really have anything better to do.

He made mis-steps – the pulling of a waitress’s ponytail, answering questions from a radio station he ought not to have, and more – but while the media had a field day with them as they happened, most people didn’t care. What a bloke. He’s really like us.

Except on the world stage, when our bumbling buddy turned into some sort of Colossus. Malcolm Turnbull spoke of Mr Key (his good friend) as being “one of the most outstanding national leaders in the world today”.

In light of what's happened this afternoon, I feel it's necessary to remind people of this epic bromance photo. @johnkeypm @TurnbullMalcolm pic.twitter.com/ivttdZXJhv

He sent him a message – “say it ain’t so, bro!”, before telling reporters that at international conferences with Mr Key his words were “heard with a respect and attention that is way out of proportion to the size of New Zealand”.

Mr Turnbull went on to say it would be hard to improve relations between the countries, which were strong and always have been.

Today I announced my resignation as Prime Minster and Leader of the National Party. https://t.co/gf6uEV3M11

Mr Key’s other great mates were former British prime minister David Cameron – cut from the same reforming cloth – and outgoing US President Barack Obama, with whom he shared rounds of golf in Hawaii when both were at their respective holiday homes. He was at home in their company without being obsequious.

The other ongoing friendship he cultivated was with All Blacks captain Richie McCaw, where his wide-eyed adoration of the great rugby player was at times too blatant.

His appearances in exalted company were once seen domestically as a joke, the unruly puppy jumping up and down when allowed to mix with company. But he kept batting above New Zealand’s weight until it became apparent that there was real respect.

Often cited as an example; staunchly anti-nuclear New Zealand being invited to sit at the table at the Nuclear Security Summit.

He had regrets over what he wasn’t able to do – he was one of the architects of what would have been a world-class trade deal in the Trans-Pacific Partnership, he wanted to see the Kermadec Islands turned into an ocean sanctuary but ran into opposition from Maori people, and he wanted to change the flag.

The left detested him for his strict commitment to economic stability over welfare and his failure to address the housing crisis, or to even admit there is one. Teachers will be dancing in the streets, although he let controversial decisions in education fall on the heads of his ministers.

However, he dragged a right-leaning party into the centre, often stealing the ideas of the opposition when he saw they had merit. Whether you saw that as him being flexible for political gain or being adaptable for the future of the country depended on where you sat on the spectrum.

He saw the country through horrific earthquakes and the Pike River Mine disaster. He lowered taxes. He expanded our world, New Zealand becoming the first country in the developed world to sign a bi-lateral trade agreement with China. The country then thrived on selling white gold – milk powder.

He remained calm when his children got into hot water, fronting and shrugging when Stephie posed near-nude for her art projects in Paris: frowning from afar when Max pushed the boundaries on social media.

“I gave everything I had, I had nothing left in the tank," explains John Key as he steps down today: https://t.co/B3o6KanjlZ pic.twitter.com/gzRmAJaOxK

Some commentators see something sinister in this sudden and unprecedented announcement, but to me he’s just continuing an unconventional path and his reasons are sound.

The day he was elected in 2008 he laughed his way through a Sunday radio interview, joking that wife Bronagh would still be insisting he take the rubbish out on Monday. I sense she’s now told him “that’s enough”.

John Key’s departure will have the opposition sensing an opportunity at election time next year, but he will not have left the cupboard empty.

He steps down as the National party remains high in the polls. And the world’s touch-paper issue that set British and American voters alight – immigration – barely touches this country at the far end of the world.

Alexia Russell is The New Daily’s overnight editor, working from New Zealand. For 20 years she was the National News Director at radio station NewstalkZB.