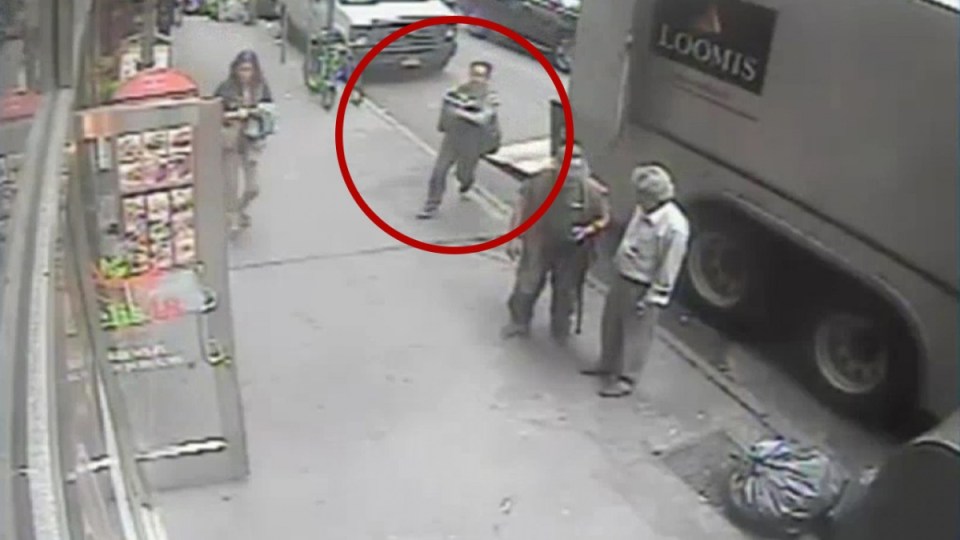 As opportunistic crimes go, this was one was pure gold. Photo: New York Police Department

An opportunistic thief in New York appears to have found the metaphorical pot of gold on the back of an armoured truck.

CCTV footage shows a man swiping a 39kg bucket of gold flakes worth an estimated $US1.6 million ($2.16 million) from the unattended vehicle in Manhattan on September 29.

The New York Police Department released photos and video of the suspect, who was loitering near the truck and took advantage of a moment of distraction by its security guards to snatch the bucket.

The video then shows him struggling to carry his haul through crowds of people – taking an hour to complete what would normally be a 10-minute walk.

At one point, the man even pauses to catch his breath under the weight of his prize, before disappearing.

“I think he just saw an opportunity, took the pail and walked off,” said NYPD Detective Martin Pastor. 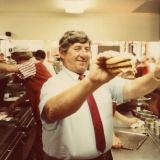 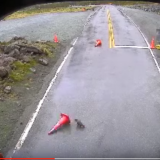 The cheeky Kiwi bird that had the humans fooled

Police say the suspect likely didn’t know what was in the bucket.

“I think when the lucky charm opened up the bucket, he seen the rainbow and seen the gold,” Detective Pastor told NBC.

The brazen daylight robbery happened in a busy part of Manhattan, near the Rockefeller Centre office and shopping complex, police said.

The gold flakes were reportedly en route to a refinery in Ontario, Canada at the time of the theft.

Police, who said they believe the man has since fled to Florida, described him as 50 to 60 years old, Hispanic and wearing a black vest and green shirt.

That story of an opportunist thief running off with a bucket of gold in New York is the most Christmassy crime ever. Sheer panto.

Man swipes $2 million of gold from back of armoured car