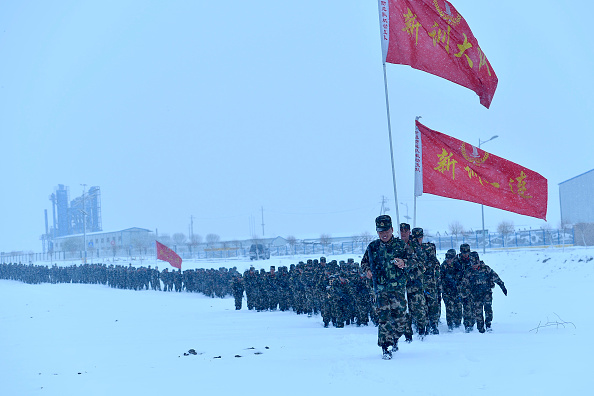 As China strengthens and the US declines in relative importance, how will Donald Trump respond? Photo: Getty
analysis

Department of Defence Secretary Dennis Richardson on Thursday said  our alliance with the United States should not be taken for granted, branding calls to distance Australia from the US just because Donald Trump was elected President as dangerous.

I agree. But equally, Australia should also take a look at the changing tone in America and the changing nature of global alliances before deciding to stay with the US.

Mr Trump will soon be in the White House and his promise to “Make America Great Again” has to been seen in the light of an historic change.

It won’t be his fault, it’s just where we are in the great cycles of global dominance. 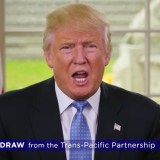 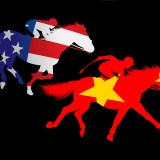 Why Penny Wong is absolutely right about China

And this is the question I fear for Australia. As China strengthens – and it will – and the US declines in relative if not absolute importance, how will Mr Trump respond?

Will Mr Trump do as Mr Obama has done – carefully manage the start of a comparative decline in importance as Russia and China strengthen?

Or will Mr Trump “make America great again” by the example of its power not the power of its example?

If he fights, will it be militarily?

What will China do?

Just after the Cultural Revolution of the 1960s and ’70s, revolutionary and statesman Deng Xiaoping – according to urban legend – was asked about the state of China.

“Yes,” he supposedly said, “it has been a bad couple of centuries, but we will come back.”

Whether or not this quote is accurate, it neatly sums up the trend of Chinese policy makers to think long term, and therefore not engage in short-term conflict if a resolution can be negotiated down the track, as with Hong Kong’s handover.

A long-term play has been pitting the Trans Pacific Partnership (TPP), a multi-partnered trade deal with the US at the centre and excluding China, against the Regional Comprehensive Economic Partnership (RCEP).

China proposed the RCEP, excluding the US, as a response to the TPP which excluded China. China had assumed the TPP would go ahead and that the RCEP would be round two.

It’s ironic then that it is the US which seems to have killed off the TPP.

Most APEC member economies, including traditional Chinese foe Japan, have now said that with the TPP dead, the RCEP needs to be their focus.

The Pacific economy has been handed to China by the US dumping the TPP.

Europe is still largely stagnating and China has locked up the Silk Road with ‘One Belt One Road‘.

Economic leadership will pass, or perhaps has already passed, to China much earlier than any of us thought. China could not have wished for anything better.

The territorial claims to the South China Sea gain new importance in this context. Here, China is being less subtle.

China knows that none of the regional countries (excluding the US) is, or will be, either economically or militarily strong enough to move it.

This is why the US is desperately asking for allies to assert freedom of movement exercises in those sea-lanes.

Shockingly for the US, the queue of support is very short and the TPP’s death and the rise of the RCEP will only make the queue shorter.

So has China won?

It is too early to call victory but ask yourself this: for how much longer can the US President say that he is the most powerful man in the word?

When will that mantle pass to President Xi Jinping – who has more freedom to move in his own smaller but growing system? And how will America react?

Let’s hope it is not with another war.

Andrew MacLeod is a visiting Professor at Kings College London, a corporate director in Australia and the US, and former CEO of the Committee for Melbourne. He can be followed at @AndrewMMacleod