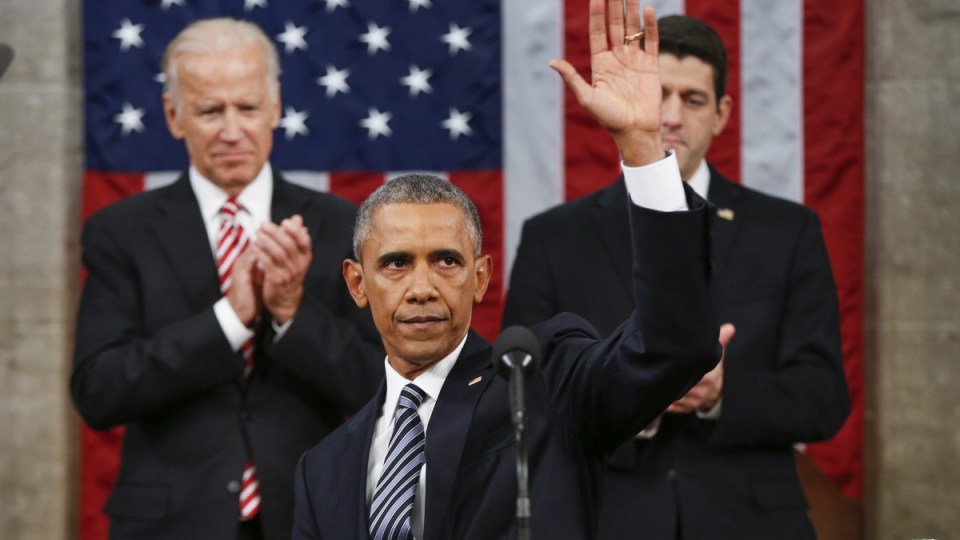 As the dust settles on the Trump election, one thing has become clear: Trump will take an axe to the Obama legacy.

So how does Barack Obama stack up in the pantheon of past Democratic presidents?

FDR goes down as the Greatest Democratic president. Serving from 1933 until 1945, he is the only Commander in Chief to do more than two terms.

Roosevelt inherited the Great Depression and ensured that the country escaped complete financial destruction when he ushered in the New Deal. He led the nation through most of World War II and is remembered in the same breath as Churchill and Stalin for winning the war.

FDR has a record hard to approach, let alone beat.

Woodrow Wilson ushered in the first progressive income tax, led the country through World War I and ushered in the League of Nations. Wilson left a huge legacy.

These two men were truly great presidents with long records of achievement in office. But the man who has captured the greatest nostalgia, served less than one term. 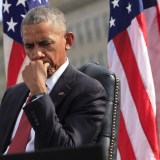 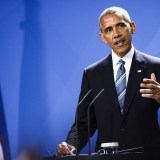 Obama urges Trump to stand up to Russia 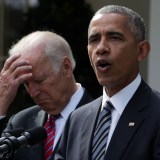 Obama: The sun came up

John F Kennedy served fewer than three years before his assassination yet in that time he inspired the country to go to the moon, tackled communism in Cuba, asked the American people to raise their eyes above prejudice and flagged significant civil rights legislation. He challenged the people to ‘ask not what the country can do for you, but what you can do for the country’.

However historians will debate whether JFK would have won a second term and whether his popularity would have lasted if his murder, the first assassination of a US leader caught on television, had not intervened.

Measured against these three how does Obama’s legacy stack up?

History will always see Obama as the first black president. Regardless of how well or how poorly Obama performed, this was always going to be his legacy. Julia Gillard has the same distinction in her prime ministership of Australia. Regardless of the view of her performance, she will always be remembered as the first female PM.

Like Kennedy, Obama inspired a generation with soaring rhetoric with vision in his speeches and above all, ‘hope’. Unlike Kennedy though, Obama was not cut down in his prime and therefore has a record that can be judged.

Like Roosevelt before him, Obama inherited a country in deep financial trouble. The US teetered on the brink of another depression when the country welcomed their first black president.

While one may argue the effectiveness of individual policies, Obama has done pretty well on the economic front merely by avoiding a total descent into chaos.

That having been said his jobs growth, albeit positive, is lower than that of Clinton, Reagan, Carter, LBJ and mildly in front of Nixon. On average GDP growth Obama is middle of the pack behind FDR, LBJ, JFK, Clinton, Reagan and Carter.

On median incomes Obama has seen flat median income change – a factor in Trump’s rise. This puts Obama firmly below where peopled had hoped.

All this makes Obama hard to assess.

He campaigned and inspired on ‘Hope’ and ‘Change’, exciting particularly the young.

He came into office with huge expectations built by his own rhetoric. Expectations were also high for many simply because he was seen as an antidote to all that was wrong in the Bush years.

Yet he inherited economic, military and social issues that hampered him from the start. For his supporters, Obama’s inheritance will excuse the absence of remarkable change. For his critics he will be remembered as great words and little action.

The truth, like many things, probably sits somewhere in the middle.

In international affairs Obama called bluff on Israel and brought a more nuanced role to the US foreign policy, particularly in the Middle East. Yet he could not close Guantanamo.

He is, through no fault of his own, the first president to preside over a relatively decreasing importance of the United States – and it is the management back to a multi-polar world that now becomes a great challenge for his successor who promises to “Make America Great Again”.

Obama himself said that he was surprised how little room he had to move in office. One wonders if the restrictions of office really are so tight, or if Obama decided not to challenge the constraints as as much as he could?

In the end, though Obama set high expectations and didn’t meet them. He may have avoided catastrophe, yet achieved little economic and social progress beyond the emergency rescue effort that financial crisis required.

I wanted to remember Obama beyond merely the colour of his skin. But I don’t think his legacy met the soaring expectations many had. He was a good president, but not great. His hope was high, but achievement not so.

And perhaps it is this underachievement against unrealistic high hope that perhaps Obama will be remembered.

How Obama compares to the giants of the Democratic Party