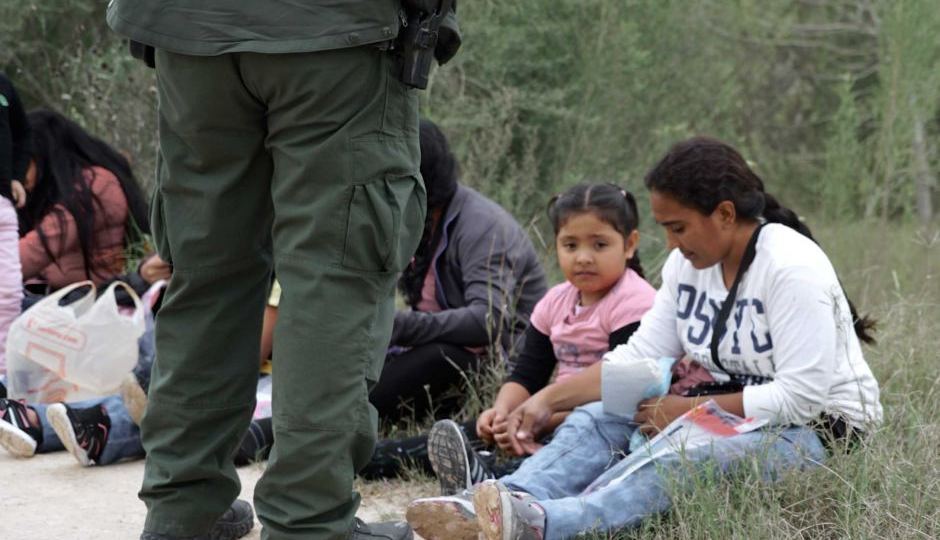 There has been a surge in the number of migrants crossing America’s south-west border from Mexico in the weeks leading up to the election and days since, amid fears around Donald Trump’s controversial immigration plan.

Driving down a dirt road in a restricted area on the Texas side of the US-Mexico frontier, US border agent Chris Cabrera spots a group of people in the distance walking towards his car.

They are from Central America and have just crossed the Rio Grande without visas.

He is not on duty but there is not another agent in sight so he stops his car and jumps out.

The migrants do not run – they sit down on the side of the road. He counts them and calls for back up.

What happens next is familiar and frustrating for the 15-year border patrol veteran.

The migrants will be processed by immigration and given a court date before being released into the US.

“They will get released, they will go north of the checkpoint,” he said.

“Eighty-seven per cent of the time they will be a no show at this court date. 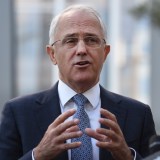 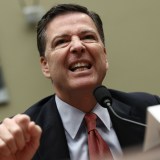 The man Clinton blames for her election defeat

“We are just giving them a get out of jail free ticket to get past our checkpoint and they disappear into the country.”

It is called “catch-and-release”. It is a policy that applies to “OTM’s” – the border patrol’s term for “Other Than Mexicans” and President-elect Donald Trump has promised to end it.

US Customs and Border Protection said in September about 39,000 people were caught crossing the south-west border. In October that number jumped to 46,000.

“Most of them are saying – at least before the election – that if Trump was to become president that there would be a wall put up and they would never be able to get in again,” Mr Cabrera said.

“On the other side of the coin, if Hillary got elected that there would be some type of amnesty and that they had to get here by the time she took office.”

In the days since Mr Trump won the election, Mr Cabrera said the numbers have remained high.

The government announced on Saturday it was deploying 150 extra agents to the Rio Grande Valley to cope with the influx.

“We’ve had some pretty good groups in the last few nights – groups of 40, 50 at a time back to back so we are starting to fill up our stations real quick,” he said.

The parking lot at McAllen’s Sacred Heart Church looks like a refugee camp.

Each makeshift tent houses dozens of migrants who have just arrived in the US and are preparing to head north to stay with friends or relatives.

“The most we were seeing a day would be between 30 and 50 [people] and now we’ve gone back up to way over 300 a day, so that’s a lot of people right now,” said Sister Norma Pimental, who runs the respite centre.

“I think that maybe what has been encouraging them to come right now has been the election and the fear that maybe coming now would be the best opportunity to come to the country, because later on they won’t be able to do that.

“I think that the traffickers may use that as a way to get them to come because they’re just trying to make money from them, and so anything convince them to come right now, and I think that might be why the numbers are so high now.”

Mr Trump promised not only to end the catch and release program but also build a wall along the border and deport millions of immigrants who are in America illegally.

Inside the respite centre is 41-year-old Aurorita Cerrato-Santos and her 17-year-old daughter Reccy, who fled Honduras weeks ago after gang members threatened to kidnap the teen.

“I’ve suffered without food, without water, struggling through the mud,” she said in Spanish.

“I’ve been taken in the backs of suffocating trailers and not been able to breathe.”

Looking tired and dazed, Ms Cerrato-Santos clutches a folder with her court papers and bus tickets inside.

On the outside is a printed sign that reads: “Help me I cannot speak English, which bus do I catch.”

On the other side in big black marker are the details of the five different buses she will have to catch over the next two days to reach Baltimore where she will stay with friends of friends until her asylum application court hearing.

She said she had heard about the new US President-elect and his immigration policies.

The ear of the White House

Mr Cabrera said time processing people through the catch-and-release program was time lost catching drug smugglers, and he would be happy to see it ended by a Trump administration.

“For the longest time we have been trying to do the job with one hand tied behind our back,” he said.

“And now lately it seems like one hand is tied behind our back and both legs are tied together.

“We have gotten away from the enforcement part, which is the border patrol job, to more of a detention and baby sitting type duties.

“Morale has steadily dropped in the last five to six years and hopefully – only time will tell – things will start to look up.”

Driving away to continue his day off he spots a man and a boy who he thinks might also have just illegally crossed the border. He ponders whether to stop them and call for back up, before realizing there is no need – they are walking directly towards a policeman to turn themselves in.