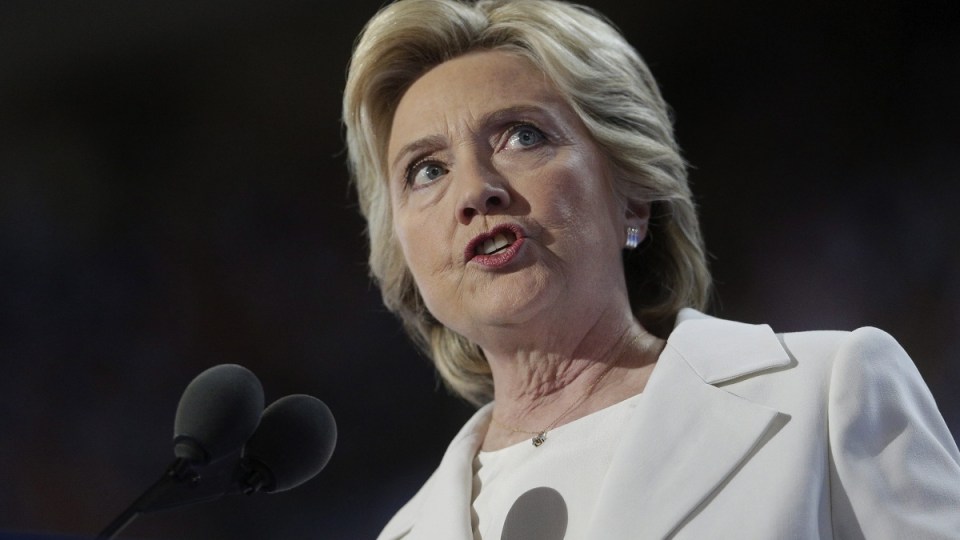 If Hillary Clinton wins the election things might not be so easy for her, says Bob Carr. Photo: AAP
exclusive

Former foreign minister Bob Carr has warned that Hillary Clinton could face a “civil war” with the US Congress if she wins this week’s presidential election.

In a wide-ranging interview with The New Daily about the potential implications of this week’s US elections, Mr Carr also predicted that a Donald Trump presidency would seriously undermine Australia’s economic interests and destabilise world peace.

Mr Carr, a former director of the US Studies Centre at the University of Sydney, said Mrs Clinton’s authority – if she becomes the next president – would likely suffer if Democratic Party candidates were unable to forge a majority in the US Senate.

“America is locked into a political nervous breakdown where its domestic problems have caught up with its global aspirations,” he said. “If Hillary Clinton is elected president without a Senate majority there is going to be a civil war between the Congress and the White House.

“It’s going to be a dismal period for her if she hasn’t got that majority.” 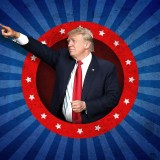 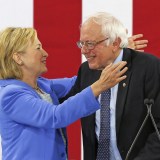 While national opinion polls suggest Mrs Clinton is a marginal favourite to take over the White House, political analysts say the composition of the next Senate is impossible to call.

According to leading US election analyst, Nate Silver, the battle between Republicans and Democrats for control of the Senate is “basically a coin-flip”.

Mr Carr believes the overall outcome of the Senate contests this week is as important as the result of the presidential election because it will determine whether Mrs Clinton, as the next president, would be able to advance a legislative agenda.

A Democratic majority would also limit the ability of Republicans to impeach Mrs Clinton for any criminal wrongdoing they believe she might have committed in the past.

Trump a ‘clown and madman’

While Mr Carr is worried about the prospect of political deadlock in the US after the election, he says Australia’s economic and strategic interests would be ruined if Republican nominee Donald Trump wins the presidency.

“Mr Trump is a vulgarian, a clown and madman rolled into one and that makes it easy to determine where Australia’s interests lie in this election,” he told The New Daily.

“The economic uncertainty created by a Trump presidency would leave Australia very exposed.

“We would be marked down by world markets because everyone knows we have an economic dependency on trade with China – and Trump has already declared a trade war on China.”

“He treats alliances and allies with contempt and disdain,” Mr Carr said. “He has disparaged the NATO alliance and undermined America’s alliances with South Korea and Japan. This doesn’t help Australia because our main trading partners are in the South-East Asian region.”

“In my dealings with her she has been approachable, breezy and well-briefed,” he said. “She knows Australia, but like all Americans she’s anxious about our close trading partnership with China.”

Mr Carr said the promise by both candidates to rip up the multilateral trade deal known as the Trans Pacific Partnership reflected the emergence of a new era of isolationism in American politics.

“Australia hasn’t got much to gain from the Trans Pacific Partnership, but Mrs Clinton’s decision to disown it is another milestone in the decline of America’s global leadership role,” he said.

“It is a clear example of the United States abandoning global leadership in order to accommodate the frustrations and grievances in its domestic political base.”

Mr Carr said FBI boss James Comey would come under the scrutiny of the next Congress after he publicly announced that his agency had re-opened an investigation into Mrs Clinton’s use of a private email server when she was Secretary of State.

The investigation, which was re-opened late last month, was widely viewed by US political commentators as having influenced Mrs Clinton’s standing with voters. Mr Comey announced on Sunday that the investigation had been closed again, with no recommendation that charges be brought against the Democrat nominee.

“I think Mr Comey will be spending a lot of time justifying to the Congress the FBI’s conduct,” Mr Carr said.

‘What a hit’: Albanese on attack after dire wages data
Inquiry into mother’s convictions over deaths of four children
Viagogo loses appeal over $7m penalty
Sydney home sprayed with bullets in gang violence
‘Admit what the hell is going on’: Biden wants US to face White Supremacy problem
Device detonated, man arrested in Brisbane sieges
US Election 2016: The states that will decide America’s most bitter presidential race in history
Today's Stories