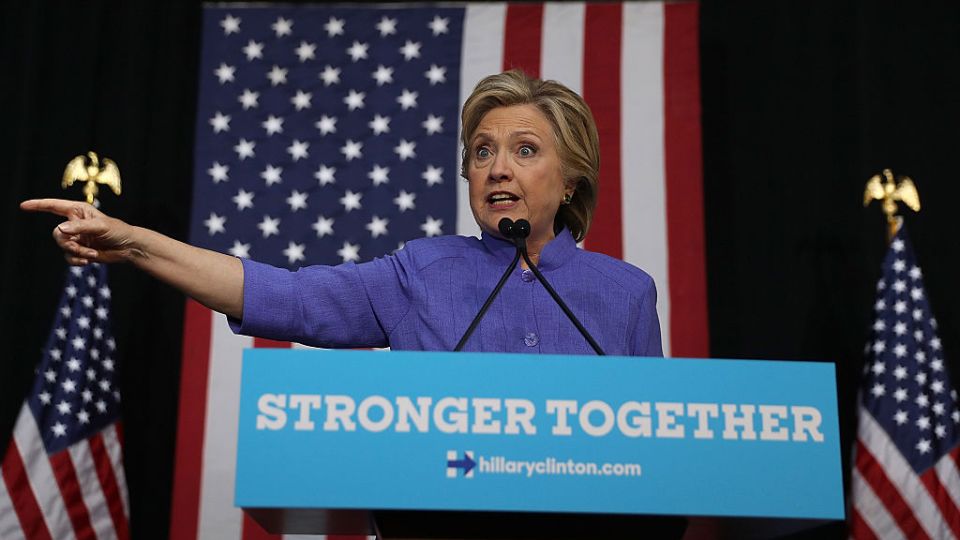 The final days of the race to the Whitehouse have been plunged into turmoil, with federal investigators securing a warrant to examine emails related to Hillary Clinton’s private server and claims that the FBI has broken the law.

A source says investigators have secured a warrant to examine the newly discovered emails, while a prominent Democrat has accused FBI Director James Comey of illegally trying to influence the election.

The warrant will allow the Federal Bureau of Investigation to examine the emails to see if they are relevant to its probe of the private server used for government work by Ms Clinton, the Democratic presidential nominee, while she was secretary of state from 2009 to 2013.

Mr Comey came under heavy pressure from Democrats on Sunday to quickly provide details of the emails, as Ms Clinton allies worried the prolonged controversy could extend beyond the November 8 election and cast a shadow over a Ms Clinton transition if she wins the White House.

Mr Comey’s disclosure of the email discovery in a letter to Congress on Friday has thrown a spanner into the final days of the race between Ms Clinton and Republican Donald Trump. 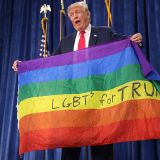 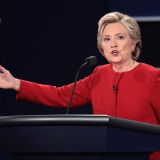 Ms Clinton had opened a recent lead overMr  Trump in national polls, but it had been narrowing even before the email controversy resurfaced.

The unexpected turn in the email controversy shook financial markets’ conviction of a Ms Clinton victory in the election and the US dollar slipped against major currencies in early Asian trading on Monday.

US Senate Democratic leader Harry Reid sent a letter to Comey on Sunday suggesting he violated the Hatch Act, which bars the use of a federal government position to influence an election.

“Through your partisan actions, you may have broken the law,” Mr Reid, a senator from Nevada, said in the letter to Mr Comey.

Sources close to the investigation have said the latest emails were discovered as part of a separate probe of former Democratic US Representative Anthony Weiner, the estranged husband of Ms Clinton aide Huma Abedin.

Weiner is the target of an FBI investigation into illicit text messages he is alleged to have sent to a 15-year-old girl in North Carolina. The FBI already had a warrant to search Weiner’s laptop in that probe, but needed a warrant to look at the material that might be related to Ms Clinton.

Mr Trump has highlighted the issue as proof for his argument that Ms Clinton is corrupt and untrustworthy.

“We have one ultimate check on Hillary’s corruption and that is the power of the vote,” Trump told a rally in Las Vegas on Sunday. “The only way to beat the corruption is to show up and vote by the tens of millions.”

About a third of likely voters in the poll said they were less likely to back Ms Clinton given Comey’s disclosure.

Ms Clinton, who told a Florida rally on Saturday that Ms Comey’s letter was “deeply troubling,” did not address the issue directly on Sunday but referred vaguely to voters overcoming a “distraction”.