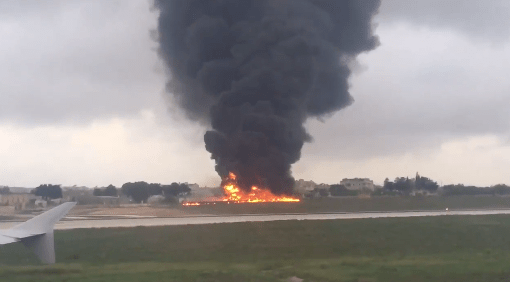 Five French nationals have been killed when a military aircraft crashed on take-off from Malta in the island nation’s worst peacetime air accident.

Monday’s flight was part of a French customs surveillance operation which has been taking place for the past five months, with the aim of tracing routes of illicit trafficking, including human and drug trafficking, a statement from the government said.

The twin-prop Fairchild Metroliner plane was leased from Luxembourg with local media reporting that it was heading for Misrata in Libya.

The flight was registered as a local flight and was to return to Malta within hours without landing in third countries.

“Official information, footage and eyewitnesses, including three members of the Armed Forces of Malta at the nearby barracks, and two commercial airline pilots, clearly indicate there was no explosion prior to impact,” the government said. 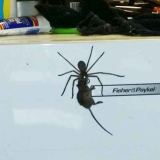 The flight was initially reported to have been related to a mission by Frontex, but the EU border agency and EU High Representative for Foreign Affairs Federica Mogherini denied the claim in separate tweets.

Witnesses said they saw the plane take-off and rise before it suddenly tipped onto its right side “and went straight down into the ground” bursting into flames on take-off.

A dashcam video showed the moment the plane came crashing down on an airport perimeter road.

All flights to and from Malta’s only airport were suspended for about four hours.