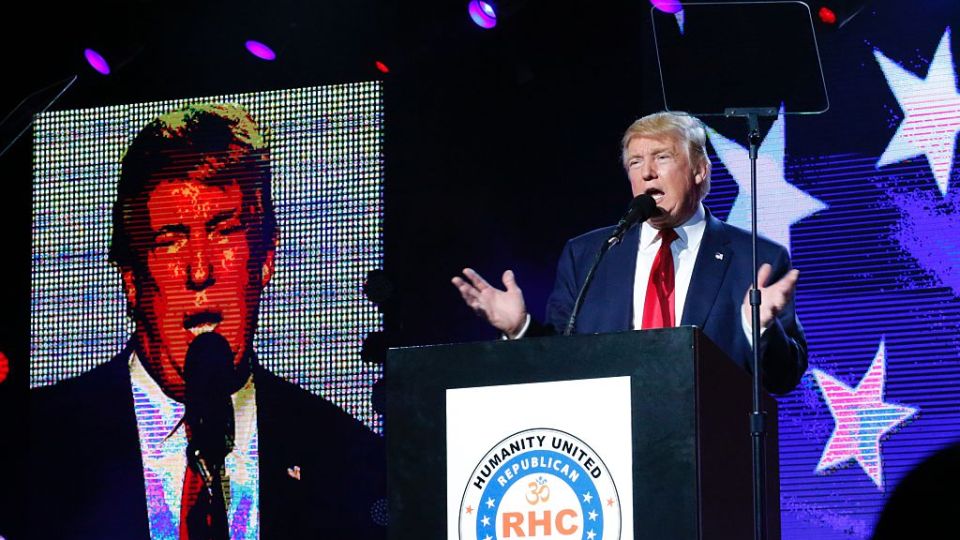 Donald Trump is dismayed by the lack of support from Republican party. Photo: Getty

Republican candidate Donald Trump says he expects widespread voter fraud in the November 8 US presidential election, ramping up his warning of a rigged election despite considerable evidence that shows the electoral system is sound.

Mr Trump has tried to whip up fears of a flawed election as he has fallen back in opinion polls against Democrat Hillary Clinton.

He is also strongly denying allegations from multiple women that he has sexually assaulted or otherwise behaved inappropriately with them.

“Of course there is large-scale voter fraud happening on and before election day. Why do Republican leaders deny what is going on? So naive!” Mr Trump said on Twitter on Monday.

Mr Trump, a New York businessman making his first run for public office, has not provided any evidence to back the allegations of fraud and a number of Republicans are chafing.

Some of them have urged him publicly to show proof or drop the claims. Early voting and voting by mail have begun in many states.

While Trump’s vice presidential running mate, Mike Pence, and his campaign manager, Kellyanne Conway, have tried to reshape the candidate’s comments as being aimed at an unfair news media, Trump’s own words have targeted the legitimacy of the election system.

Even after Pence said in a televised interview on Sunday that Trump would accept the results of next month’s election, Trump tweeted that the “election is absolutely being rigged by the dishonest and distorted media pushing Crooked Hillary — but also at many polling places — SAD”.

Numerous studies have shown that voter fraud in US elections is rare, according to the Brennan Center for Justice at New York University School of Law.

In a report titled The Truth About Voter Fraud, the centre cited voter fraud incident rates between 0.00004 per cent and 0.0009 per cent.

An August study by The Washington Post found 31 credible cases of impersonation fraud out of more than one billion votes cast in elections from 2000 to 2014.

Trump’s campaign has been struggling with sexual misconduct allegations from several women.

“Can’t believe these totally phoney stories, 100% made up by women (many already proven false) and pushed big time by press, have impact!” Trump said in another Twitter post on Monday.

Trump has repeatedly denied the allegations but has not provided any proof they are false.