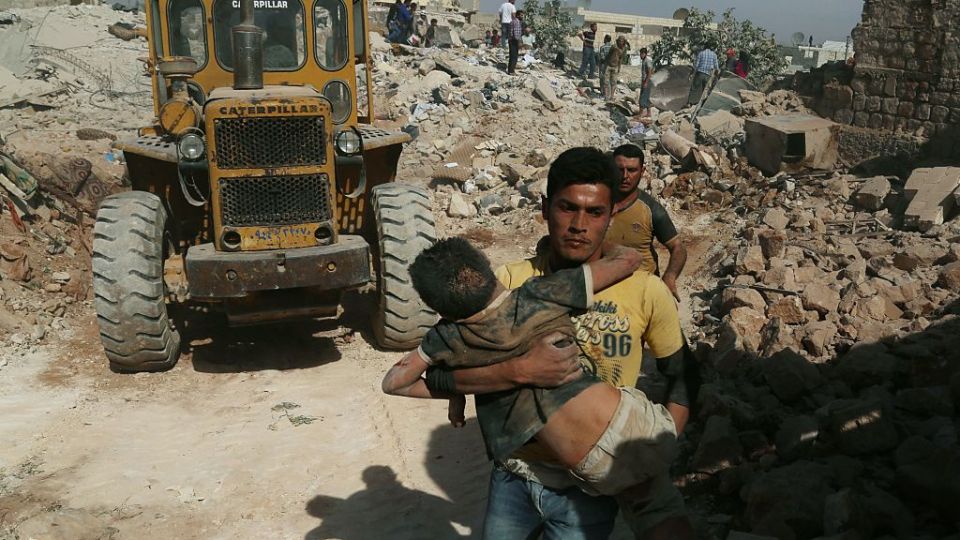 A man carries a Syrian kid after the Russian army carries out an airstrilke. Photo: Getty

Russian and Syrian armed forces will pause attacks on the Syrian city of Aleppo for eight hours on Thursday to allow civilians and rebels to leave the city, the Russian defence ministry says.

But on Monday Moscow ruled out a lasting ceasefire, a step that Western governments have been demanding, saying that would only give Islamist rebels in the city an opportunity to regroup.

Russian aircraft and Syrian forces loyal to President Bashar al-Assad have been bombarding rebel-controlled districts of Aleppo since the collapse of an internationally-brokered ceasefire last month.

The announcement comes as 14 members of one family were killed in an air strike in rebel-held eastern Aleppo on Monday.

A list of those killed in the city, published by the Civil Defence, included several infants, among them two six-week old babies and six other children aged eight or below.

The Civil Defence, a rescue service operating in rebel-held areas of Syria whose workers are known as “White Helmets”, identified the jets as Russian. The attack hit Aleppo’s al-Marjeh area.

Later in the day, separate air strikes on the village of Awaijel west of Aleppo killed at least 23 people and the toll was expected to rise, Syrian Observatory for Human Rights monitoring group reported.

A Syrian military source said the army had targeted terrorists in three areas of Aleppo on Monday, killing seven of them.

The government refers to all rebel fighters as terrorists. 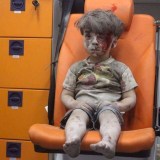 Obama praises 6yo who offers Syrian child a home 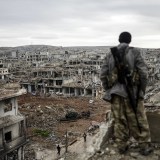 The Observatory said 17 more people were killed in attacks by Russian jets on Sunday night in the al-Qarterji district of rebel-held Aleppo. That included five children, it said.

The monitoring group said it had recorded the deaths of 82 people including 17 children in government-held areas of western Aleppo as a result of rebel shelling.

The United States and some European states have accused Moscow and Syria of committing atrocities, but Russian officials deny that and accuse the West of abetting terrorists.

Speaking at a briefing in Moscow, Lieutenant-General Sergei Rudskoy, a senior defence ministry official, said rebels in parts of Aleppo were killing civilians while Western governments turned a blind eye.

He said Russia is working to achieve a peace deal for Aleppo, but that would take time, so in the meantime it had decided to initiate a humanitarian pause.

“On October 20 from 0800 (0500 GMT) until 1600, a humanitarian pause will be implemented in the area of Aleppo. For that period, Russia’s air force and Syrian government forces will halt air strikes and firing from other weapons,” he said.

A pause, but no ceasefire, for Aleppo air strikes