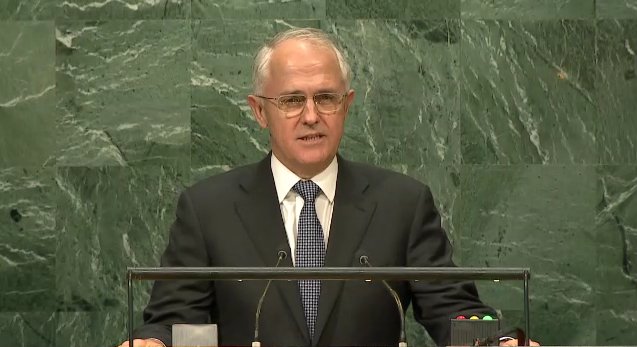 Mr Turnbull pushed Australia's bid for more of a say at the UN.

Prime Minister Malcolm Turnbull has used an address to the United Nations General Assembly to champion Australia’s bid for the Human Rights’ Council.

Australia wants to join the council for the 2018-2020 term, despite criticism from UN officials over its asylum seeker policy.

In a wide-ranging speech delivered in New York this morning, Mr Turnbull said Australia was already focussed on human rights issues such as gender equality and the rights of Indigenous people.

“We are committed to providing principled and pragmatic leadership across these five areas,” he said.

PM fires up on Rudd legacy on UN sidelines 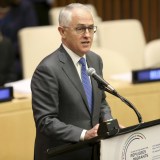 “Both through our actions at home, and our advocacy and cooperation abroad.”

In his address, Mr Turnbull also highlighted the country’s strong border controls, saying it was necessary to facilitate the resettlement of refugees through the humanitarian program.

He praised Australia’s status as an immigrant nation, singling out AFL player and former refugee Aliir Aliir as one of the policy’s success stories.

“Aliir is one of the first Sudanese immigrants to play AFL and has become a role model in our multicultural nation, especially for young people in Sydney,” Mr Turnbull said.

“There are thousands of migrant stories like Aliir’s — leaders of government, of business, of science, of the arts. Australia would not be the country it is today without their contribution. Their stories are our stories, their successes are our successes.”