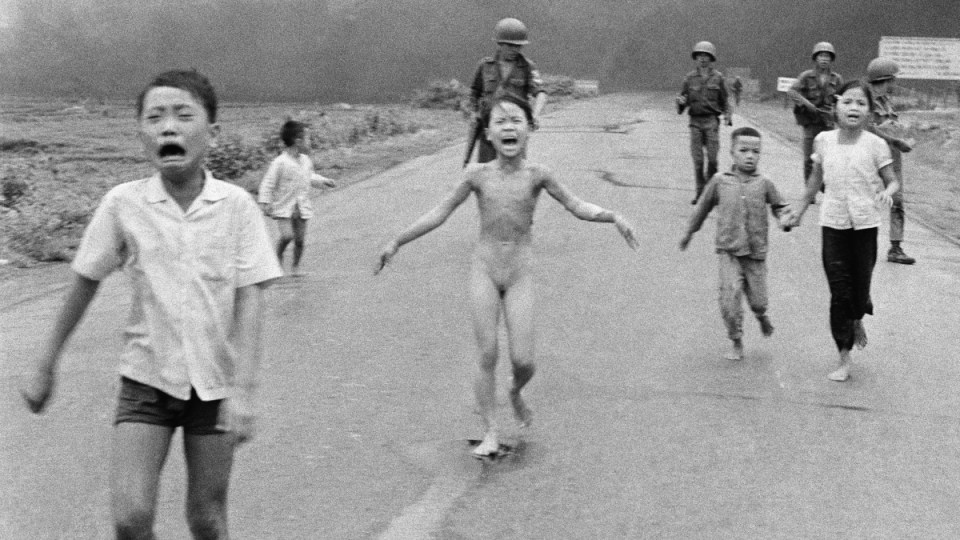 Public outrage over Facebook’s removal of an iconic Vietnam War image has forced the social media giant into a backflip.

Facebook controversially removed the image of a girl fleeing a napalm attack during the war on the grounds that it contained nudity.

Espen Egil Hansen, editor of Norwegian newspaper Aftenposten, said the entire post, which was about iconic war imagery, was deleted from Aftenposten‘s Facebook page as well as the page of reporter Tom Egeland.

Egeland’s page was also suspended after he shared the photo.

In a letter on the front page of Aftenposten, Hansen accused Facebook founder and CEO Mark Zuckerberg of “an abuse of power”.

Facebook said it has to restrict nudity for cultural reasons.

Mr Hansen said the image of Kim Phuc, then aged nine, was removed less than 24 hours after the newspaper received a request from the company to either take down the image or pixelate it.

Solberg said Facebook was editing history by erasing images of the iconic 1972 photograph, titled ‘The Terror of War’, which showed children running from a bombed village.

The company initially said the photo violated its Community Standards barring child nudity on the site.

“After hearing from our community, we looked again at how our Community Standards were applied in this case,” Facebook said in a later statement.

Facebook added that it recognised “the history and global importance of this image in documenting a particular moment in time”.

Captured by Pulitzer Prize-winner Nick Ut of the Associated Press, the image of screaming children running from a napalm attack became an instant symbol of the devastation of the Vietnam War, which ended in 1975.

Phuc, who now lives in Canada with her husband and two children, has in the past recognised the importance of sharing the photo, which was once a source of embarrassment and pain for her.

“I honestly hated that picture, I hated myself,” she told the Irish Times this year.

“I asked, why me? But since I became a mother, my heart is not so much on that picture.

“So from that point of view, I really want to recognise that that picture is a powerful thing to work with me for peace. I don’t hate it anymore.”

Protesting Facebook’s move, Solberg re-posted the photo with a black square covering the naked girl, and published a range of other historic images blacking over faces of people such as Ronald Reagan or Winston Churchill.

She also posted a version of the Tank Man image from the 1989 protests in China’s Tiananmen Square, with a black square covering a man standing in front of a row of army tanks.