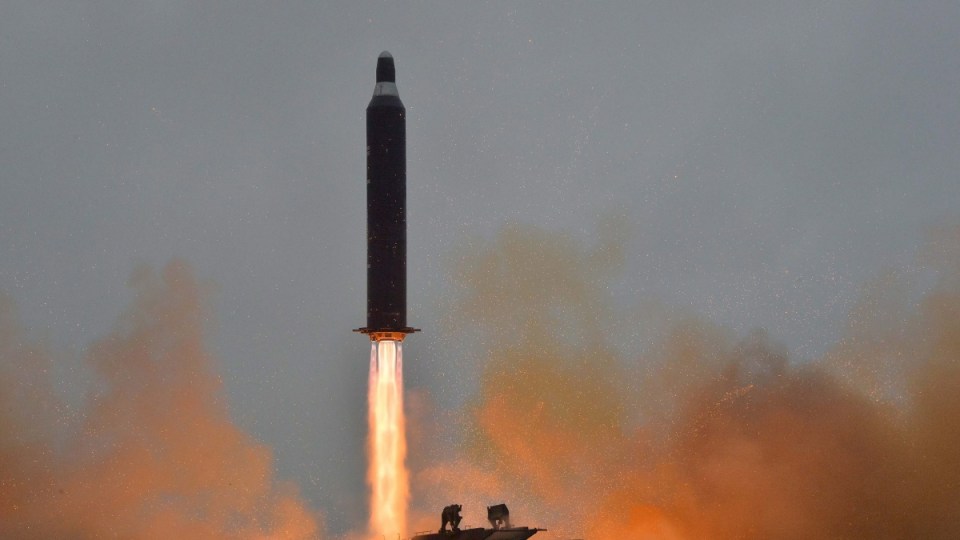 US imposes new sanctions against Iran in response to its "provocative behaviour". Photo: AAP

Tensions between North Korea and South Korea are about to reach a climax.

And now, Pyongyang has the capability of striking all of South Korea, including its southernmost port city, Busan.

The first missile flew about 1000km before landing in Japan’s exclusive economic zone, marking its third launch since South Korea agreed to deploy a US advanced, anti-missile system.

The second was fired immediately after the initial launch but appeared to explode on take-off, the US military reported.

Dr Euan Graham, Director of International Security Program at the Lowy Institute said despite the implementation, South Korea’s defence system will not protect the whole country.

“THAAD is not going to protect the capital.”
Dr Graham

“The site for the THAAD will be basically in the middle of the country, and that will give increased defensive coverage to Busan in particular… But it’s reasonable to believe the North Korean missile program would also have Busan as one of its targets,” he told The New Daily.

“They’ve decided to site it in Sejong City, which is more than 200km away from Seoul and the envelop of coverage from THAAD is approximately 200km, but in any case Seoul is very close to the DMZ [Korean Demilitarised Zone], so close that it’s still within conventional artillery and conventional rocket range from North Korea.

“Seoul has always been in that vulnerable state.”

The North threatened to retaliate if the deployment of the anti-missile system went ahead, and are reportedly irate with South’s decision.

“It’s entirely predictable that North Korean’s would react to that (the THAAD implementation), they probably would’ve reacted in any case so take your pick, they are in angry mode” Dr Graham said.

“There is a genuine threat from North Korea, including from its missile forces.”

North Korea has also threatened a physical response once the location and time of THAAD’s installation was decided.

The test-fire is the latest in a series of provocative moves made by the isolated country.

In recent months, North Korea has made multiple failed attempts in April and June and another unsuccessful try with a submarine-launched missile in early July.

Its first successful artillery launch came in late July when it fired three ballistic missiles travelling from 500km-600km each.

The anti-missile system is still very controversial in South Korea, even though the US offered to pay for it.

South Korea was reportedly reluctant to sign up to any counter-China agreement, but at the same were in need of protection.

However, the US has its own reasons to provide the system.

“Obviously they want to maximise anything that they do that they are paying for and it also gives reassurance that their other allies in the region are protected,” Dr Graham said.

“Anything more provocative North Korea does is good news for the US bad news for China.”

Warnings of an ‘imminent attack’ from North Korea