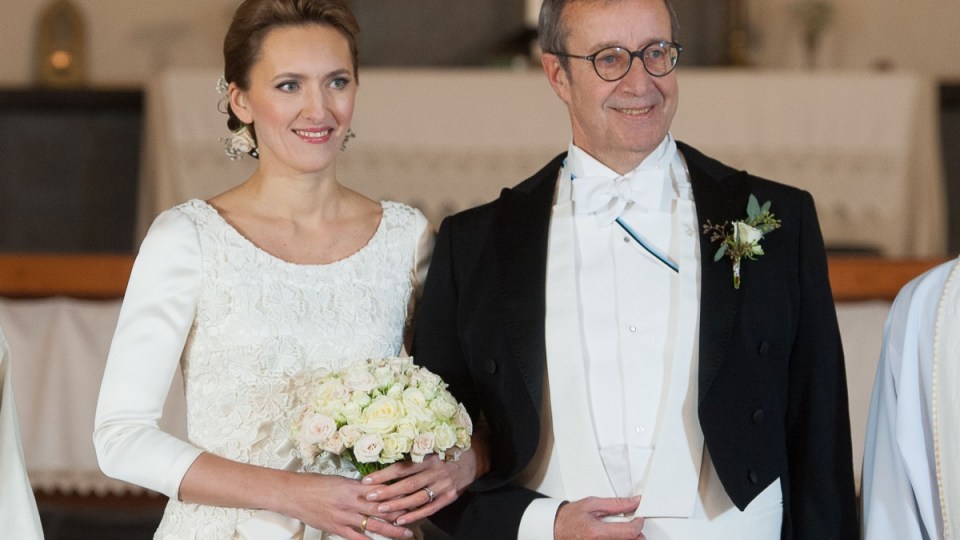 While he is well-known for spinning tunes at trendy nightclubs and having a constantly rotating bow tie collection, Mr Ilves burst onto the world stage earlier this week thanks to a Twitter take down.

And he hasn’t just taken on any old kind of troll. Mr Ilves got the better of a Donald Trump supporter with a swift and sharp internet burn.

“Trump Gabbard 2016”, also known by the Twitter handle @trump_gabbard, tweeted at Mr Ilves to say: “Your the President of Estonia – why in heck are you tweeting in English? Use your own language MATE!”.

The line “Quod erat demonstrandum” is Latin and means “which is what had to be proven” in English.

The line is sometimes used after showing mathematical proof or presenting a philosophical argument.

Check out the takedown:

DJ who knew Bruce Springsteen ‘before he was famous’

Mr Ilves was born in Sweden from Estonian parents, who moved to escaped the Soviet controlled country.

The family moved again to the United States and Mr Ilves grew up in New Jersey. It was here where he “knew” one of that city’s most famous products: American heartland rock and roll legend Bruce Springsteen.

“I knew who Bruce Springsteen was before he had his first record,” he told USA Today.

And music has remained close to him, even as Estonian president.In late April he performed a DJ set at one of Helsinki’s “trendy” nightclubs.

It wasn’t his first DJ set either. He had previously performed at an Estonian venue for a children’s charity.

In February, as the world continued to battle with the migrant crisis in Europe Mr Ilves delivered the “best speech” pertaining to the issue, many judged.

“We have seen far worse and we have prevailed,” Mr Ilves said. “We will handle this migration crisis if we show the resolve of our forebears.”

“So, ladies and gentlemen, let us now gather our wits and strengths, leave behind the indecision, finger-pointing and ducking of responsibility … “We will handle this migration crisis if we show the resolve of our forebears.”

Mr Ilves is serving his second five-year Presidential term. He came to office in 2006 as an US college educated psychologist and journalist. He loves the internet and technology and wants to transform Estonia into “E-Stonia”.

In Janruary 2016, Mr Ilves, 62 married for the third time. His wife, Ieva Ilves, 38, is the head of Estonia’s National Cybersecurity Policy Coordination Section.

Estonia’s President is a DJ who burns Twitter trolls