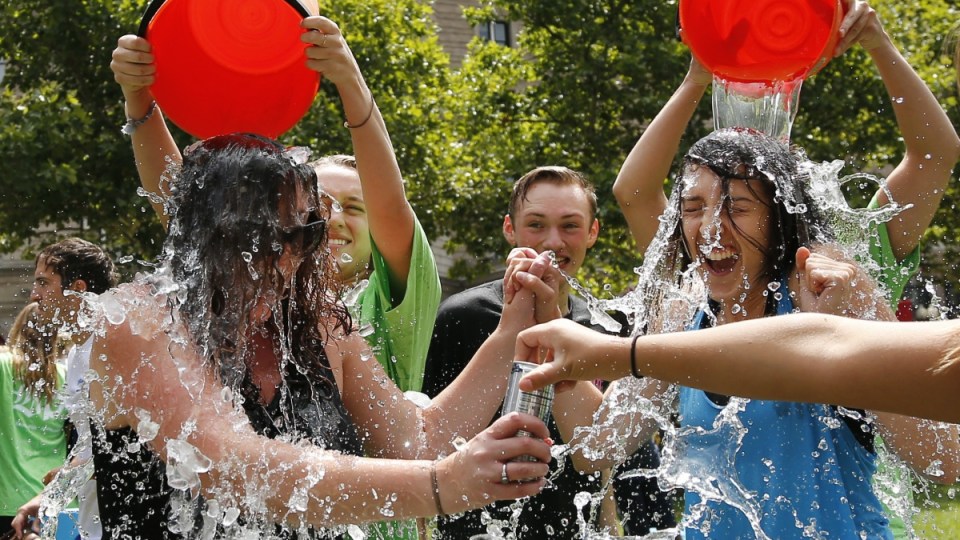 Two women get doused during the ice bucket challenge to raise funds and awareness for ALS. Photo: AAP

A social media sensation designed to fund research for amyotrophic lateral sclerosis (ALS) has proven even more relevant today than at its viral peak.

The Ice Bucket Challenge, which encouraged millions of people to dump buckets of ice-cold water over their heads, has raised enough money to help make an important research breakthrough, the ALS Association announced Monday.

Supporters donated than $115 million to held fund the research and development of treatment drugs for the disease since 2014.

Of the donations, 67 per cent were dedicated to research, helping identify a new ALS gene, NEK1, which now ranks among the most common genes that contribute to the disease.

It provides scientists with another potential target for therapy development, the non-profit organisation reported.

“The discovery of NEK1 highlights the value of ‘big data’ in ALS research,” said Lucie Bruijn the Chief Scientist at the ALS Association.

“The sophisticated gene analysis that led to this finding was only possible because of the large number of ALS samples available.

The disease, also known as Lou Gehrig’s disease, is a progressive neurodegenerative condition that affects nerve cells in the brain and the spinal cord.

Eventually, people with ALS lose the ability to initiate and control muscle movement, which leads to total paralysis and death, usually within two to five years of diagnosis.