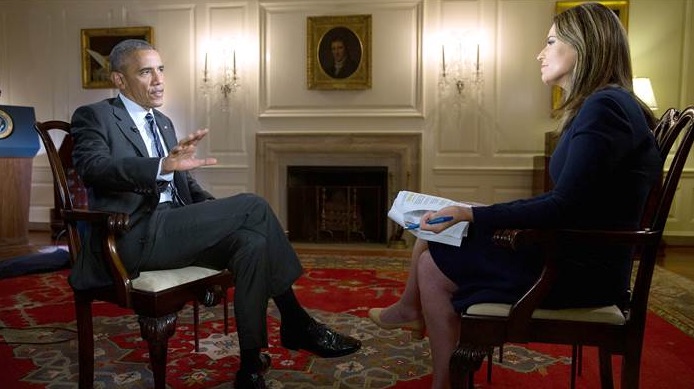 In an interview with the Today show, President Obama was questioned on the legitimacy of a potential Trump presidency, saying “anything is possible”.

“It’s the nature of democracy that until the votes are cast and the American people have their say, we don’t know,” he said.

“Anybody who goes into campaigns not running scared can end up losing. My advice to Democrats – and I don’t have to give this advice to Hillary Clinton because she already knows it – is you stay worried until all those votes are cast and counted.”

The current commander-in-chief also encouraged Democratic voters to be sure to show up on election day.

"My advice to Democrats… Stay worried until all those votes are cast and counted." –@POTUS #DNCTODAY https://t.co/NwdxdSoS4B

“One of the dangers in an election like this is people don’t take the challenge seriously. They stay home. And we end up getting the unexpected,” he said.

The 54-year-old went further to say it is scary to see a presidential candidate like Trump, “who doesn’t their stuff and doesn’t seem to have an interest in learning what they don’t know”.

“I think if you listen to any press conference he’s given, or listen to any of those debates, basic knowledge – about the world or what a nuclear triad is or where various countries are or, you know, the difference between Sunni and Shia in the Muslim world – those are things that he doesn’t know and hasn’t seemed to spend a lot of time trying to find out about,” he added.