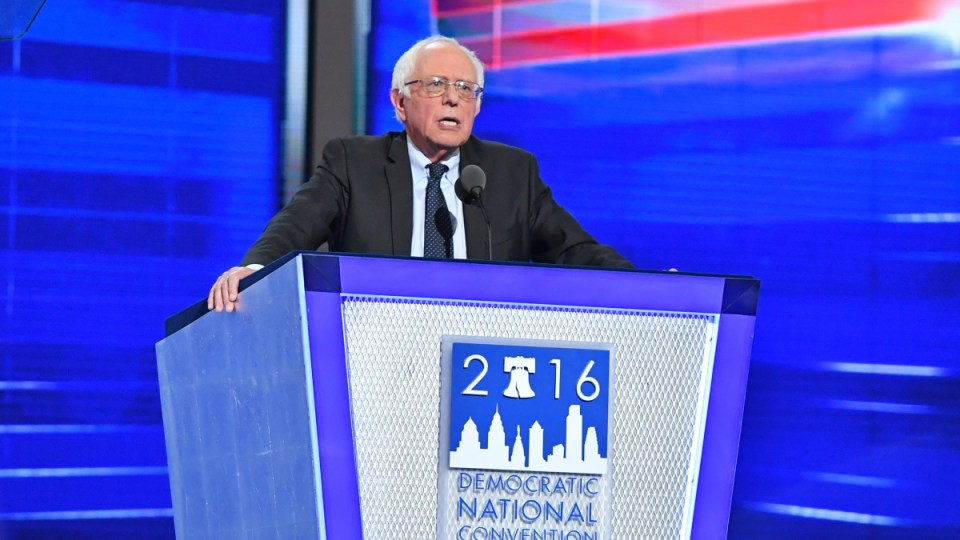 Bernie Sanders speaks to the crowds at the 2016 Democratic National Convention. Photo: Getty

Senator Bernie Sanders has backed Hillary Clinton as the Democratic President nominee at the Democratic National Convention on Tuesday (Australian time), despite anger from supporters.

“Hillary Clinton will make an outstanding President and I am proud to stand with her here tonight,” he told the crowd in Philadelphia.

Mr Sanders said Mrs Clinton must be elected President based on her ideas and her leadership.

“Hillary Clinton understands that a President’s job is to worry about future generations,” he said.

“This election is about which candidate understands the real problems facing this country and is offering real solutions. Not just bombast … not just name-calling and divisiveness.

“Hillary Clinton will make an outstanding President and I am proud to stand with her here tonight.”
Bernie Sanders

“I am going to do all that I can to make that happen,” signing off to cheers and chants.

Donald Trump lashed out at Mr Sanders via Twitter, saying he found it hard to believe that the 74-year-old has flipped on his revolution and his supporters.

Mr Sanders thanked his followers and assured Mrs Clinton is the right choice as President, despite being booed for suggesting his supporters vote for her in order to defeat Donald Trump on Monday.