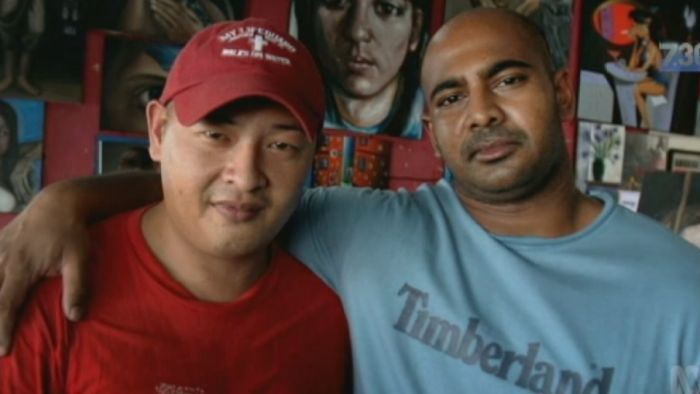 Andrew Chan and Myuran Sukumaran were executed in 2015.

The man who prepared coffins for Andrew Chan and Myuran Sukumaran has been told to be “ready” to bathe the bodies of more death row prisoners as the Indonesian government steps up its execution plans.

Suhendro Putro is the funeral director at Javanese Christian Church in Cilacap – the closest mainland town to the notorious Nusakambangan island prison where the two Australians faced the firing squad alongside six others in April last year.

Mr Suhendro was responsible for preparing the Australians’ coffins and bathing their bodies after their deaths.

He has been contacted by authorities and told to start making preparations for a new round of executions.

“It’s the police who will prepare the coffins themselves this time. I was only told that I should be ready when I’ll be needed for bathing the bodies,” he told AAP on Monday.

“The police have also told me that they (the police) would also prepare 16 doctors and ambulances.”

His comments come after Indonesian woman Merry Utami, who was sentenced to death in 2003 for smuggling heroin, was transferred to the notorious Nusakambangan prison over the weekend.

Sources say their contacts at the Nigerian and Pakistani embassies have also received letters informing them that a number of their nationals will be executed “in the near future”.

Indonesia’s Attorney General H.M. Prasetyo said on Friday that the island had been prepared for the executions, but he would not confirm how many prisoners would face the firing squad or when it would take place.

Filipino single mother Mary Jane Veloso will, however, not be among them, he said, adding that she was still involved with legal proceedings in the Philippines and that Indonesia must “respect that”.

Veloso was prepared to face the firing squad alongside Sukumaran and Chan, but was given a last-minute reprieve pending the trial of the couple accused of setting her up as an unwitting drug mule.

Mr Prasetyo has previously stated that 16 people were likely to be executed in Indonesia this year, with the budget for another 30 in 2017.

He said drug offenders would be the “priority”.

Indonesia preparing for next round of executions